The Ministry of Foreign Affairs of the Kingdom of Saudi Arabia launched a “closed” (by invitation) competition of the Ambassadors’ Residence in Athens. Our firm were the fourth winners of this competition.The site is located in a privileged part of Athens dominated by impressive conifers and other trees including some palms. Standing out among this vegetation are two particularly large and tall poplars.Our design has prominently incorporated aesthetic elements that reflect Islamic culture, while, at the same time, remaining in harmony with the character of the surrounding area.The layouts of the plans and the interconnection of the various functions follow the rules of Arab protocol, as was clearly set out in the competition programme.The exterior of the building posed a challenge because of the differing functional parts of the residence. The mashrabiya became the unifying element of the facades.The 8-point Islamic star has been used as the basis of the radial plan layout. It has also been extensively incorporated into the interior areas, the facades and the mashrabiya-patterned external and internal elements.The dominant features of the design are:

–  the circular, top-lighted through a dome, atrium which acts as the fulcrum around which are laid out the several functions.

–  the 45 degrees diagonal axis, the “view axis”, which cuts through the building and extends to the east edge of the property. Around this axis have been laid out the formal areas of the ground floor, the bedrooms of the first floor and the external areas – terraces, swimming pool as well as the soft landscaping further down the slope of the site. 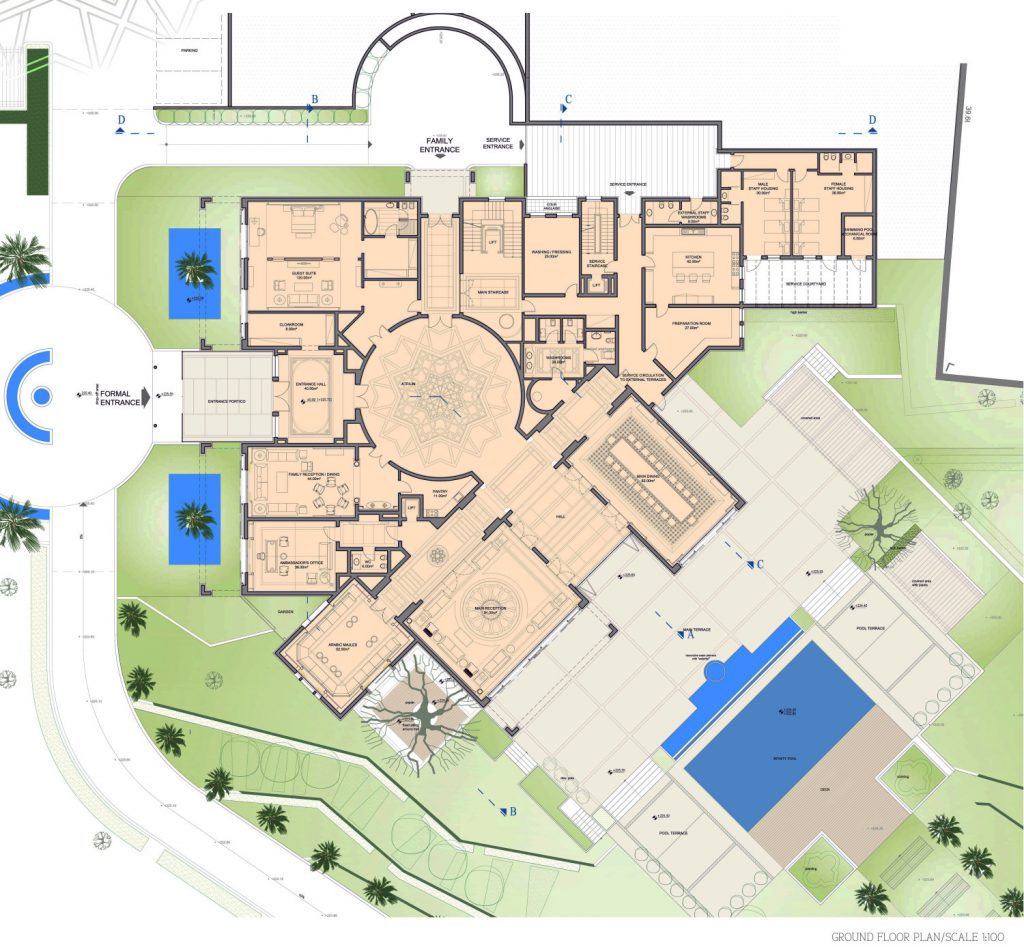 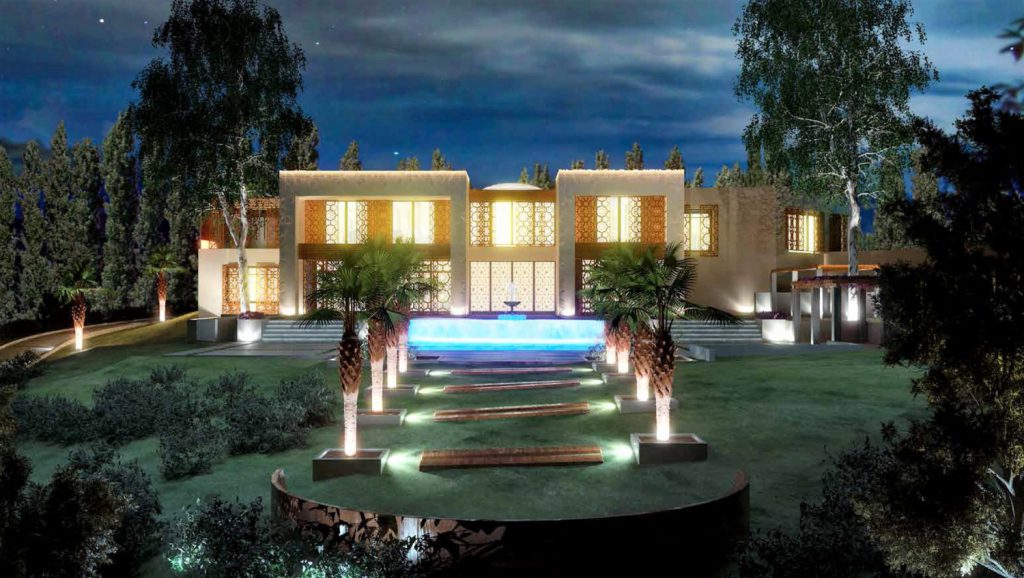 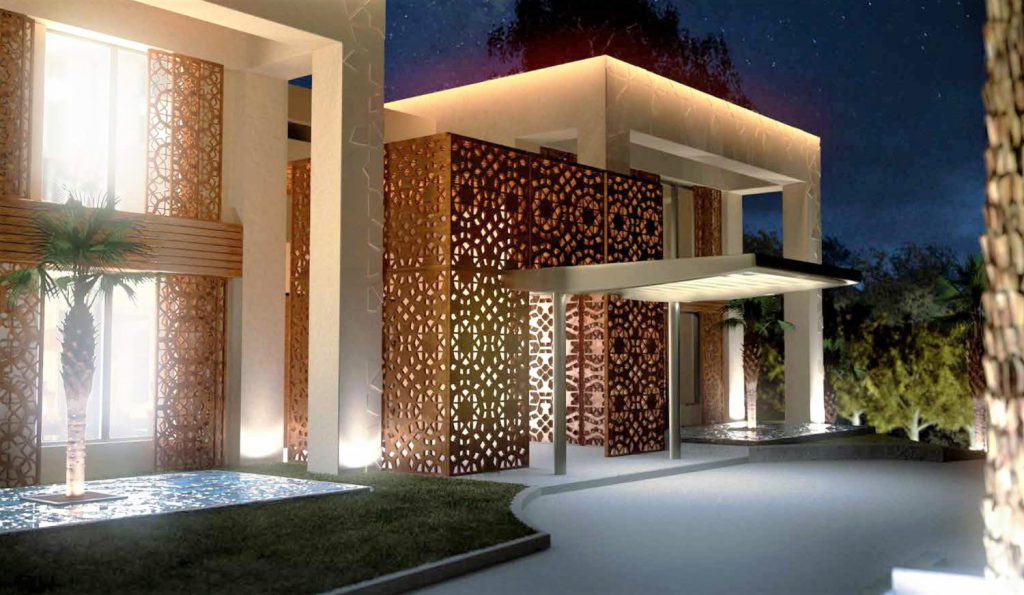 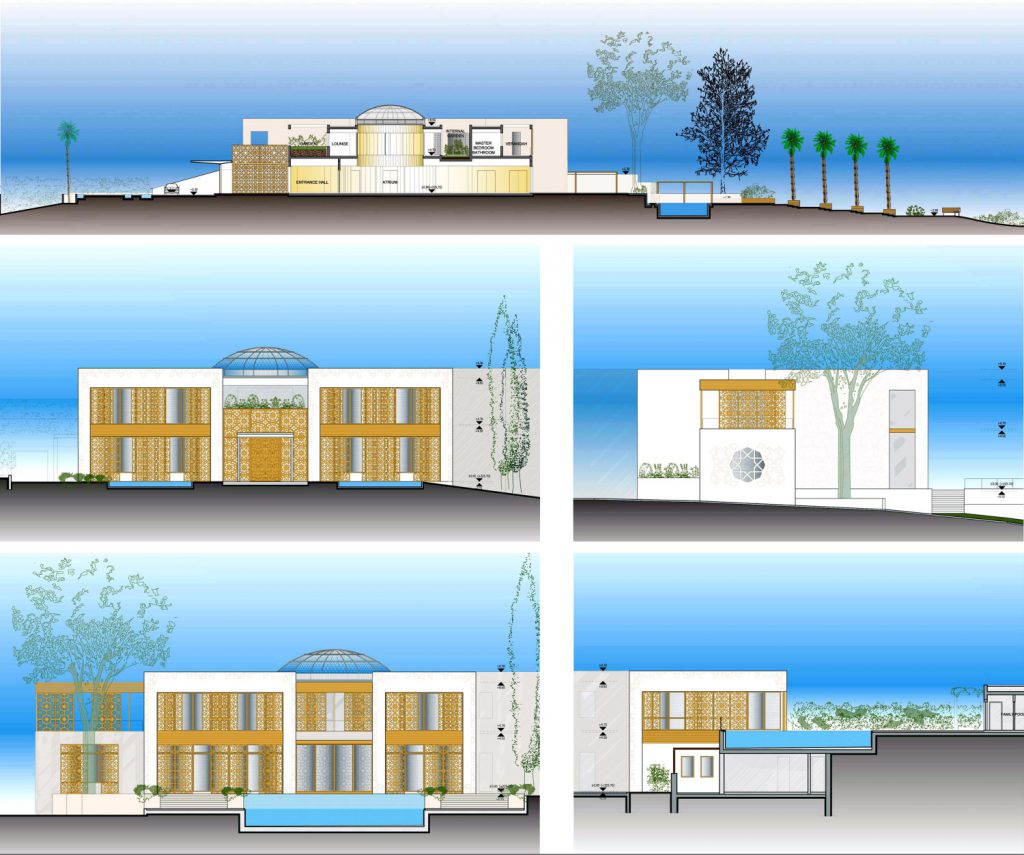 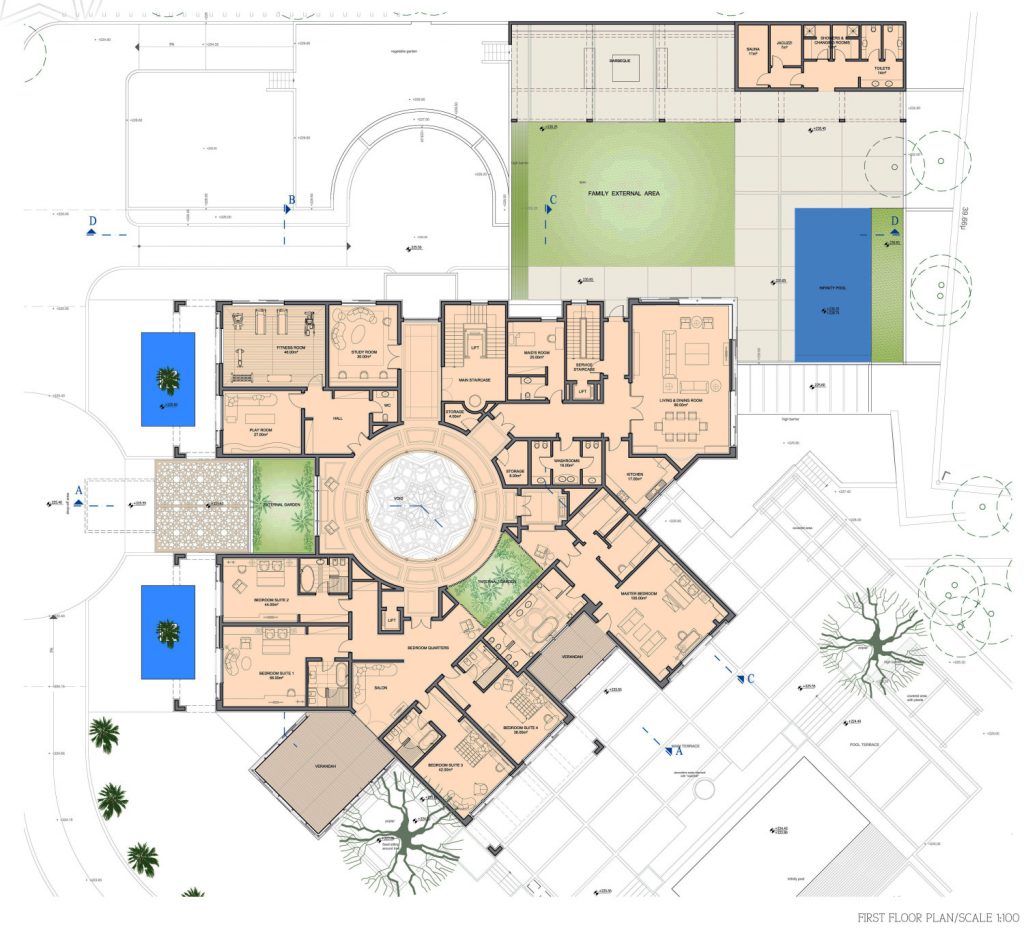 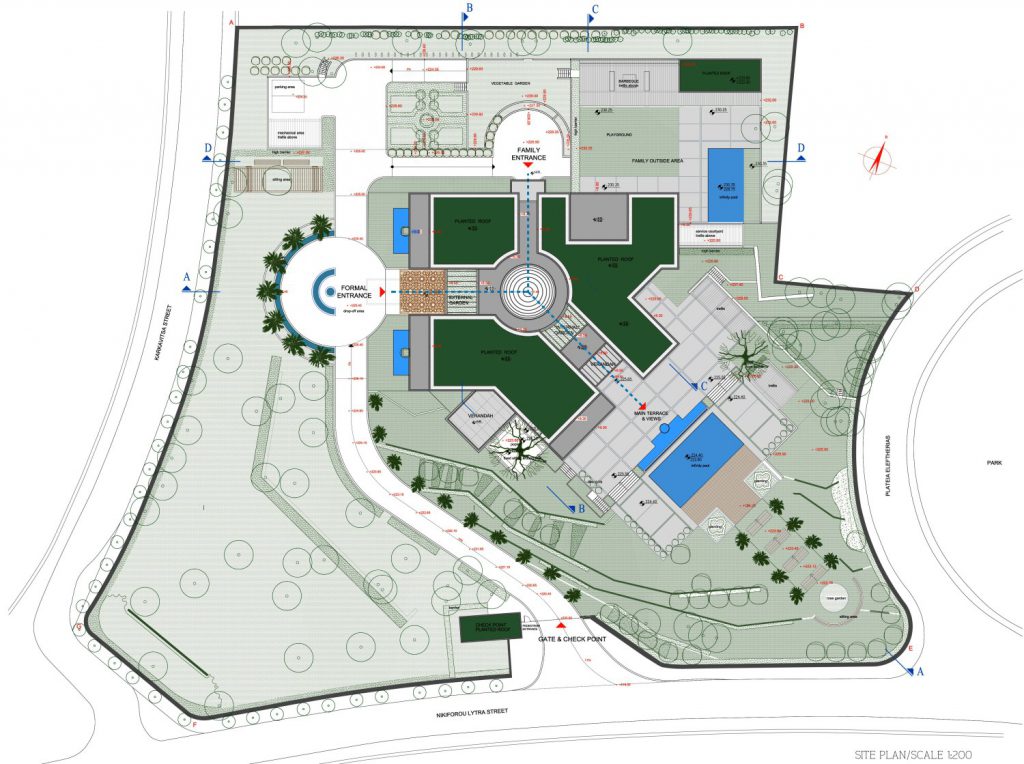 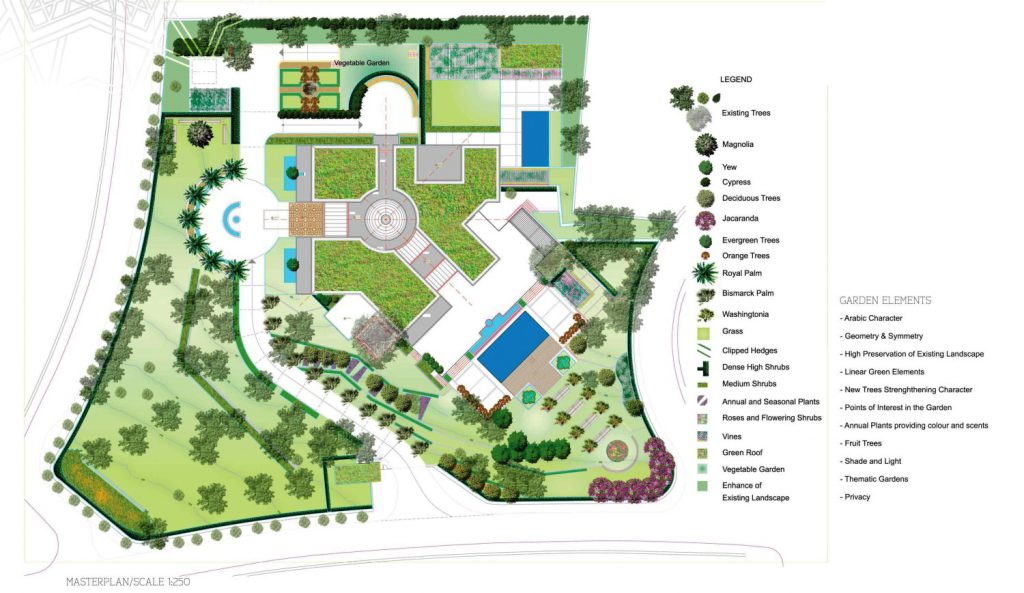