The Thessaloniki Concert Hall, built in 2000 alongside the Thermaikos gulf waterfront, reflects in many ways the history of the city. Its architecture incorporates elements and forms alluding to the byzantine era and also to the city’s later, cosmopolitan period. It houses a 1550-seat “shoe-box” hall for symphonic music, dance, opera and theatre productions with state-of-the-art stage and backstage facilities, foyers at different levels, office spaces for administration and technical staff, a library, etc.

Face brickwork is the principal material of the façades. A feature of the principal façade is the semi-circular stainless steel and glass entrance lobby.

“Sgoutas Architects” were the lead firm in a partnership which, together with Owner’s consultants and specialist designers, completed the design of the Thessaloniki Concert Hall. Their specific areas of involvement were the stage, the aesthetic “unification” between stage and hall as well as all the backstage facilities including rehearsal rooms, dressing rooms and administration areas.

Features of the stage are its ceiling, which is retractable, thus allowing for the “opening” of the stage tower. Also the moveable proscenium which can be lowered to create an orchestra pit.

Apart from the strict architectural input of the brief, the firm also designed the movable backdrop of the stage which draws its inspiration from dancing figures. 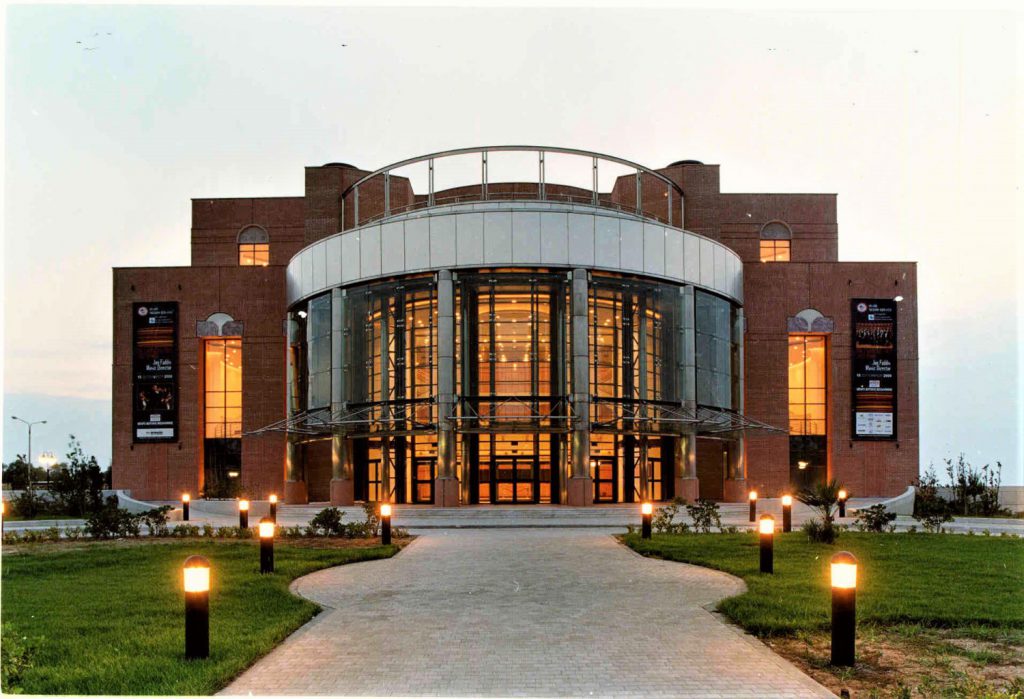 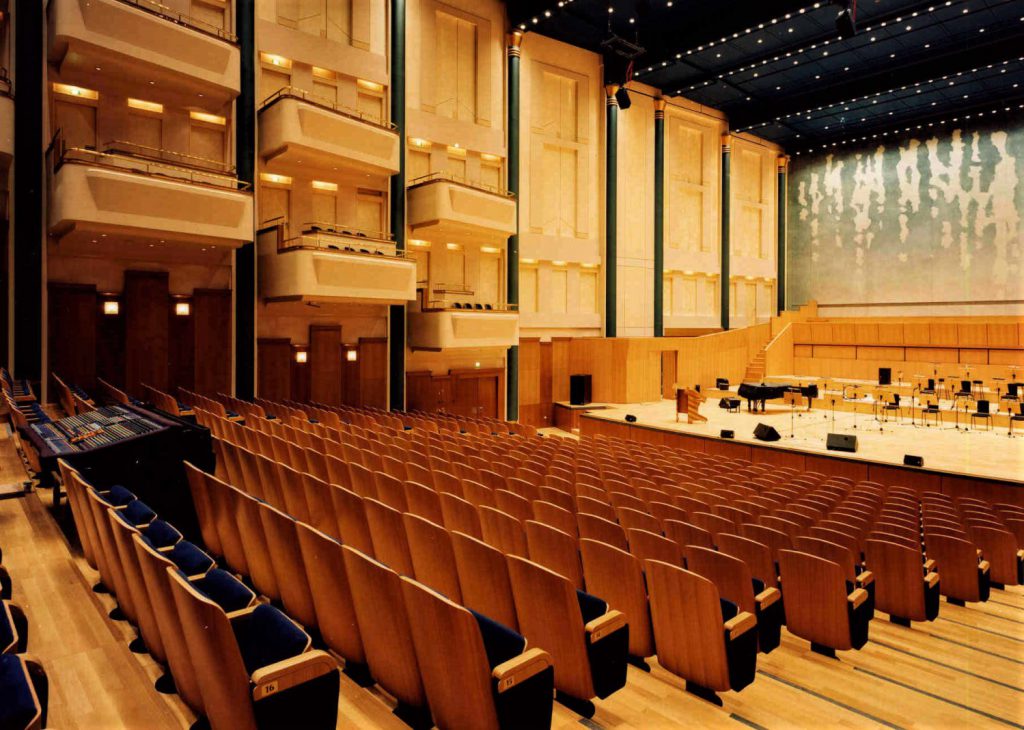 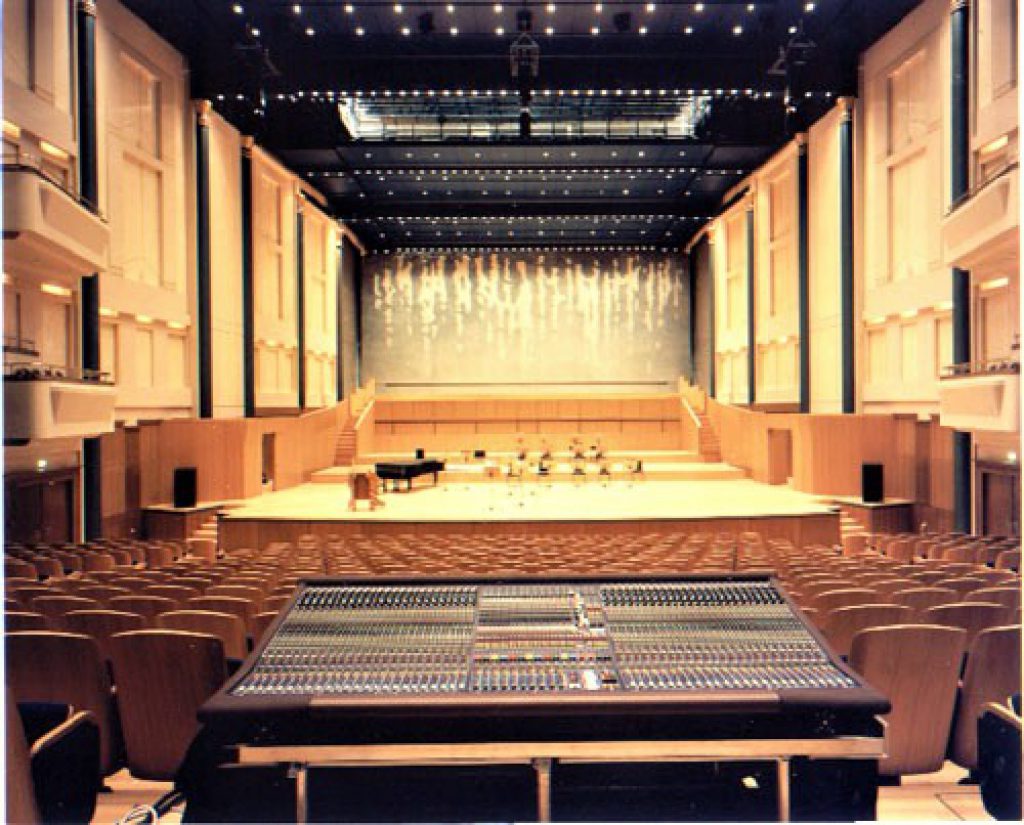 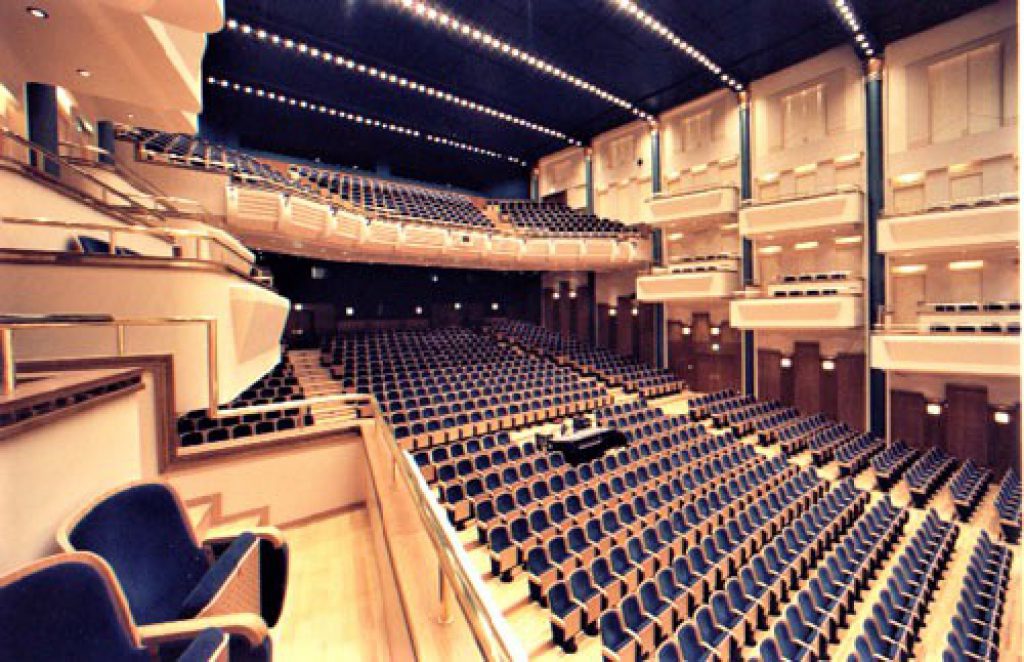 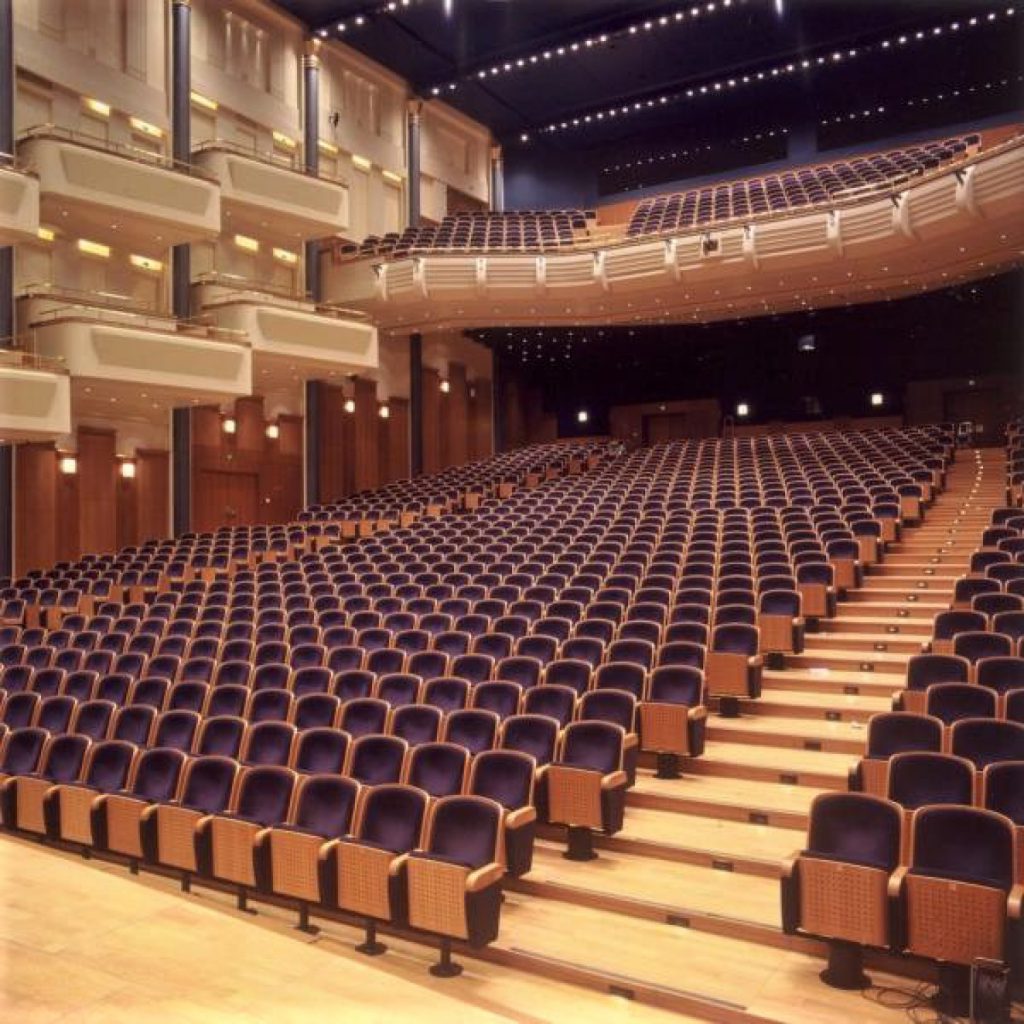 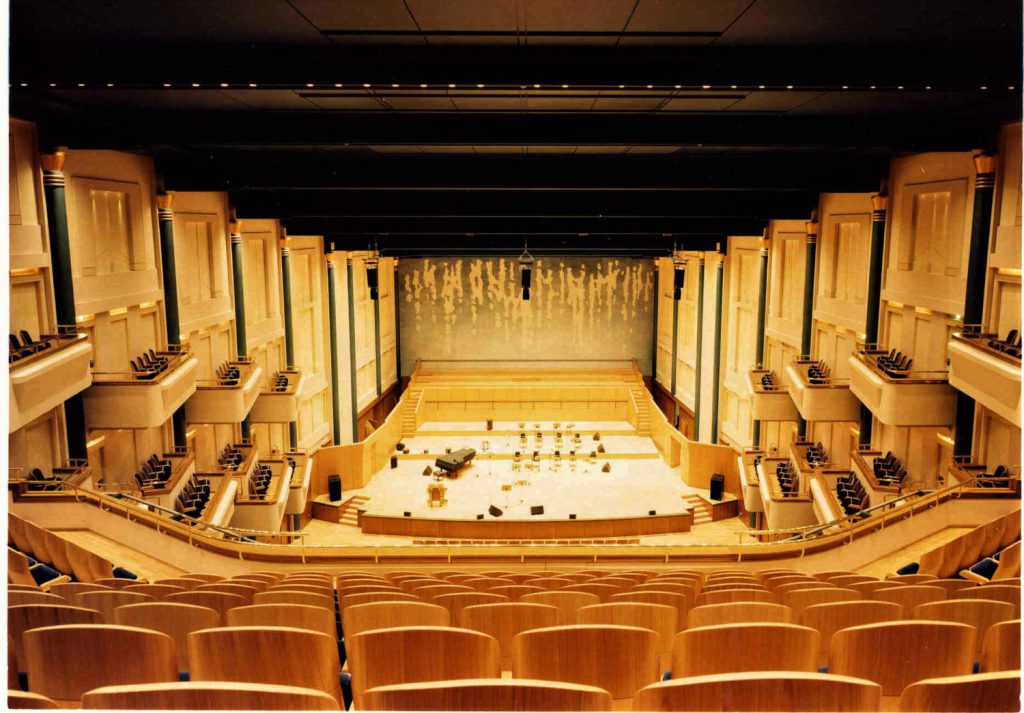 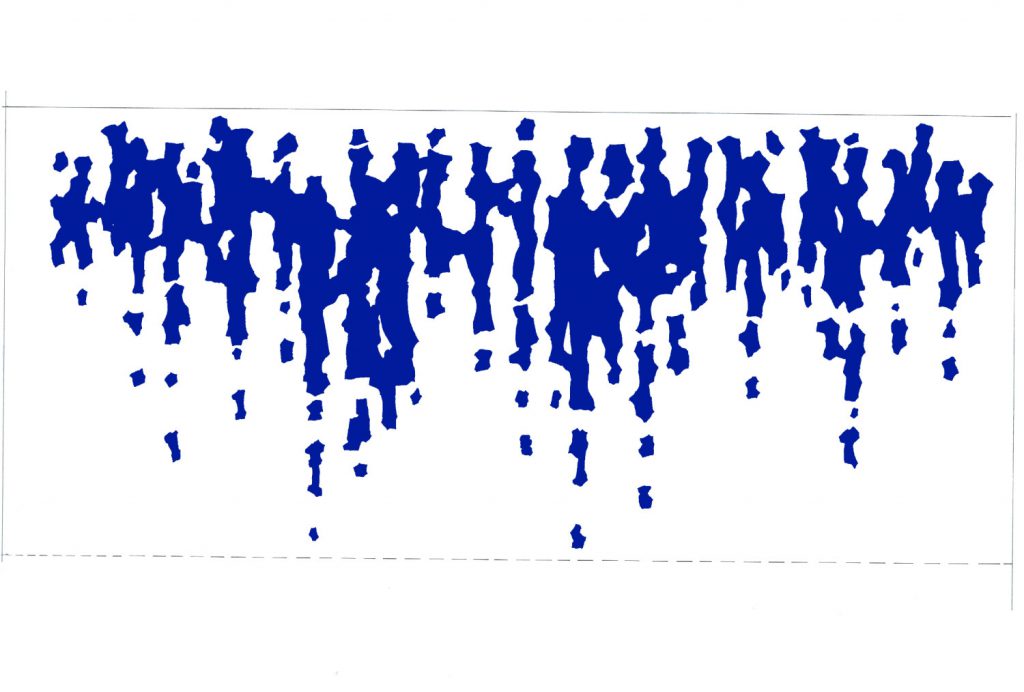 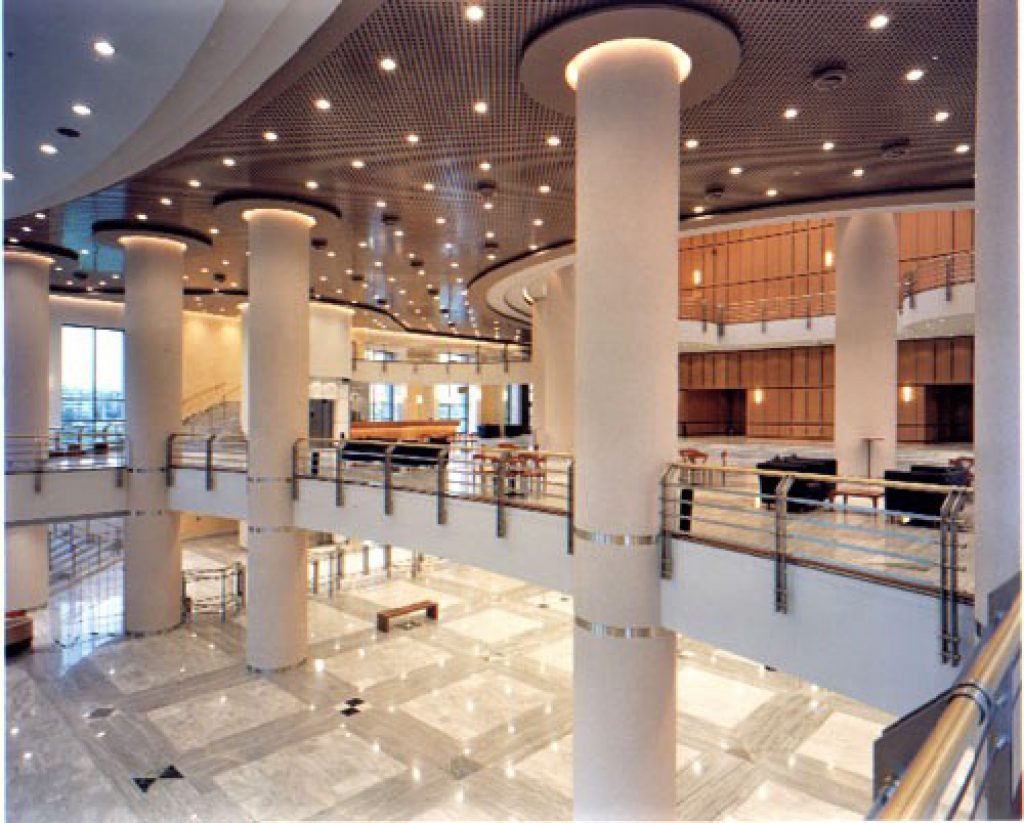 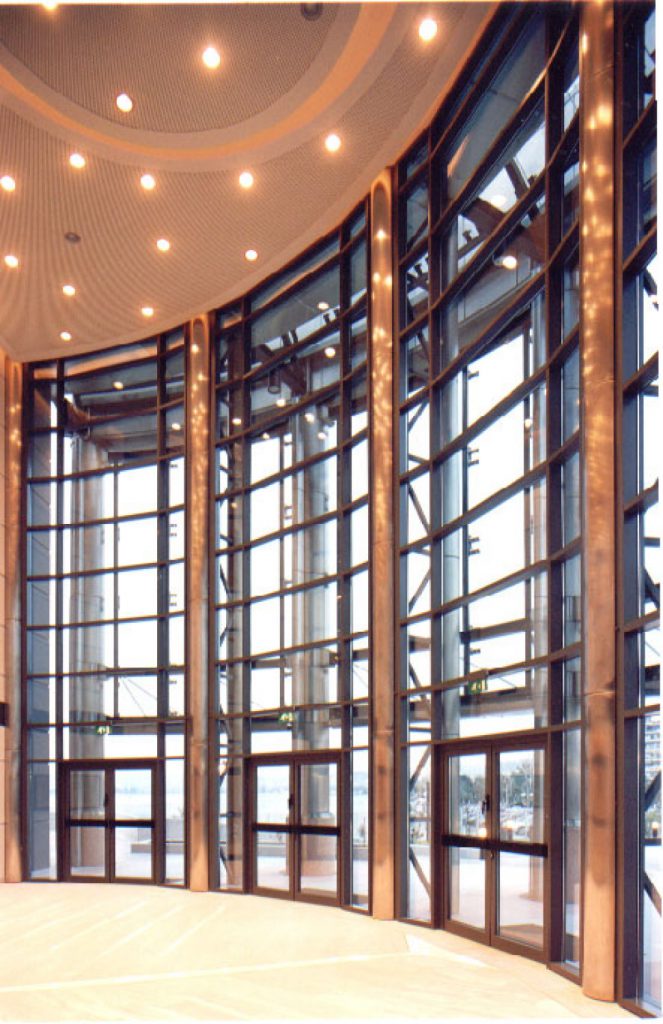 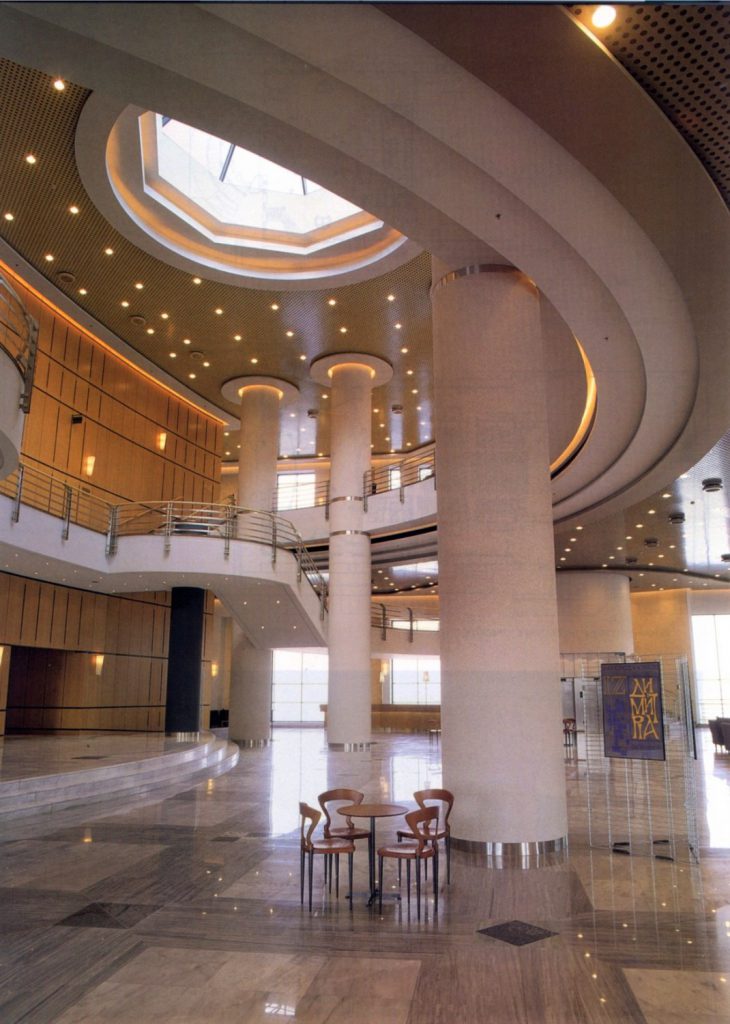