The Hellenic Association of Pharmaceutical Companies held a “closed” (by invitation) competition for the design of their new facilities in the up-market suburb of Chalandri. “Sgoutas Architects” were the winners of this competition.

As can be seen from the plan, the Latin letter “f”, which is the “signature letter” of the Association’s logo (ΣfEE), has been used as the basis of the design. The letter “f” has been introduced into the design in the form, and shape, of the main access corridor which leads to the offices and meeting rooms. The “f–shaped” corridor has been further accentuated by the fact that one of its sides is solid, with veneered timber paneling, while the other is transparent, with specially designed and manufactured curved glass surfaces. Lighting also emphasises the letter “f” impact, which is clearly “felt” as one walks through the premises.

Floor materials vary depending on whether one is in circulation or office areas. Marble surfaces were chosen for circulation areas and wall to wall carpeting for office areas. The suspended ceiling of the main access corridor has continuous recessed lighting on one of its sides in order to further accentuate movement.

The brief also included furniture design and, in particular, the front desk and the meeting room tables, which had to be designed in a way ensuring ease of removal from their respective positions in order to accommodate special functions.

At the 12th Architecture and Design Festival (2012) of the National Union of Architects of Ukraine, the ΣfEE project was awarded the TOP 10 Special Prize for “Administrative Building Interiors”. 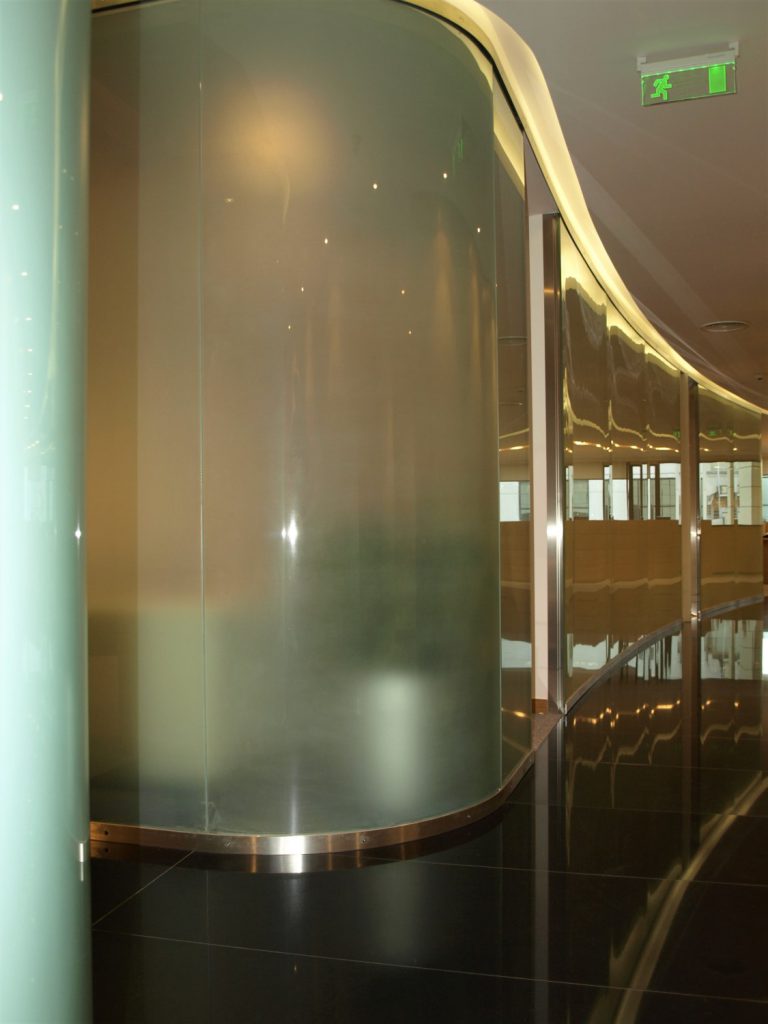 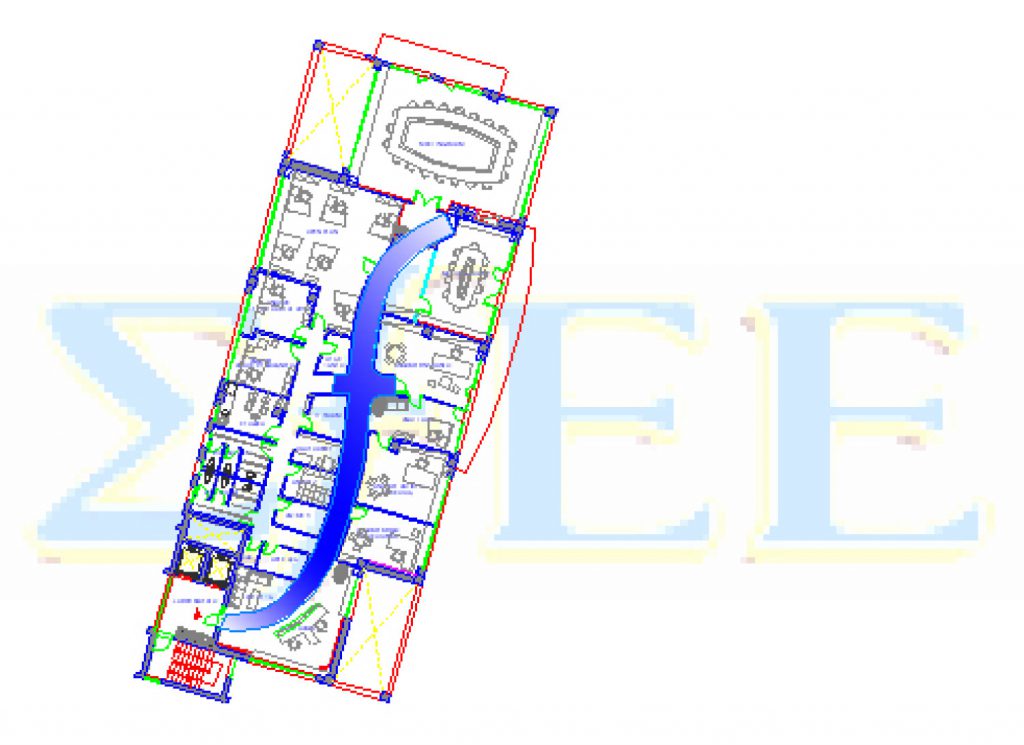 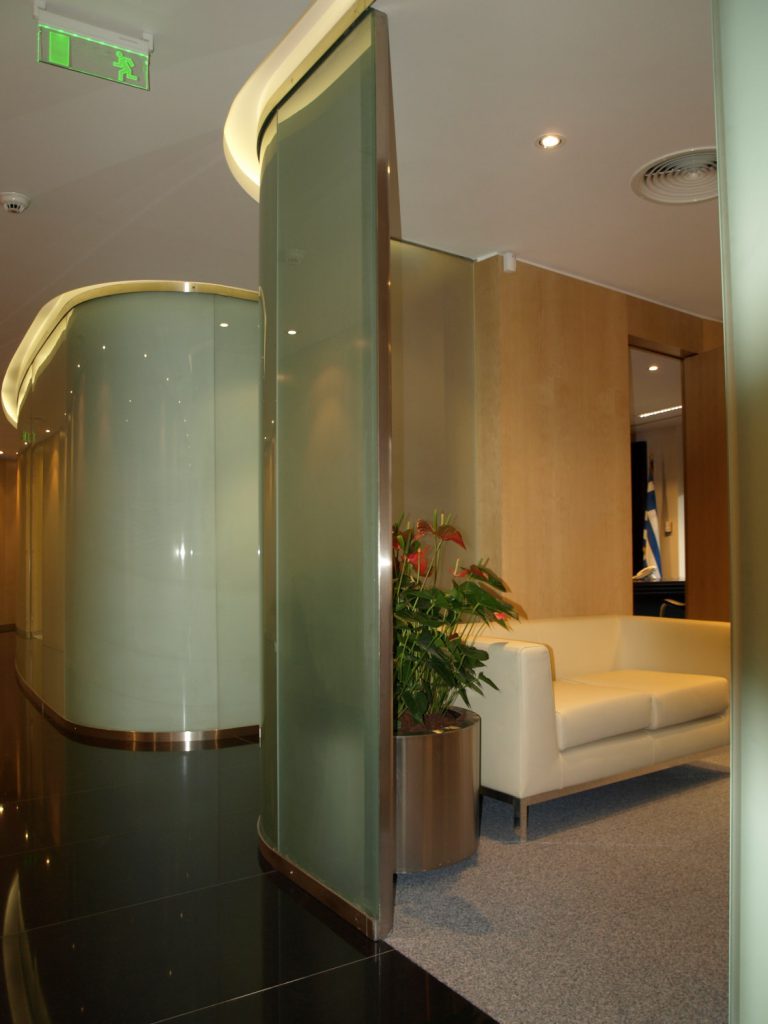 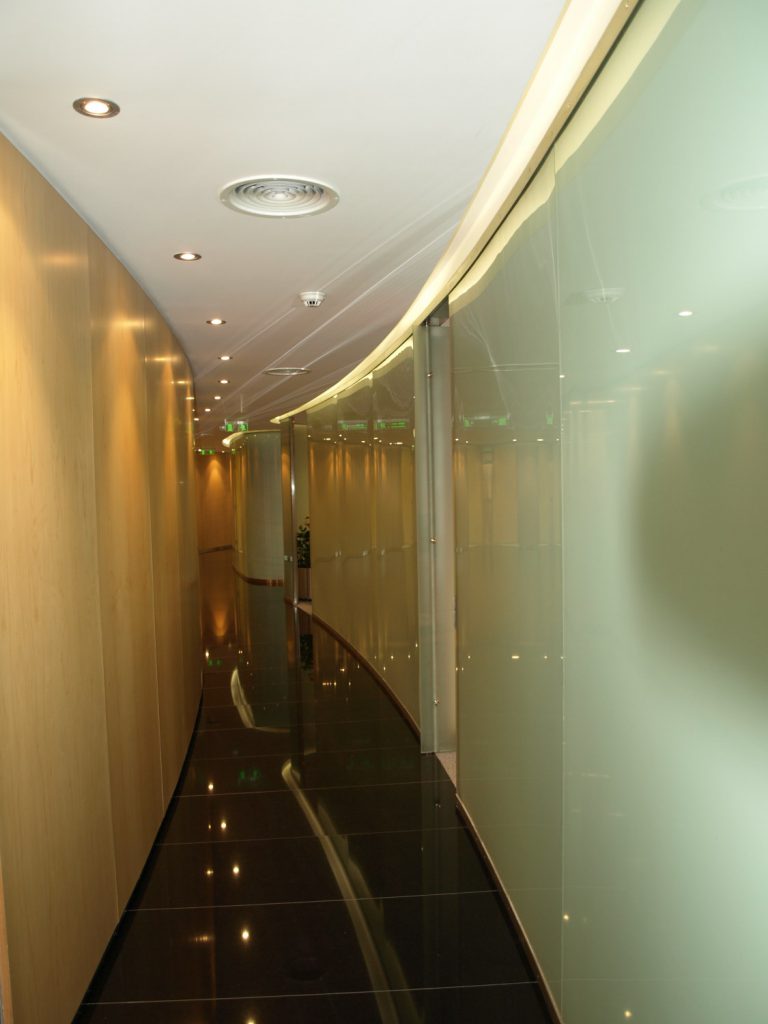 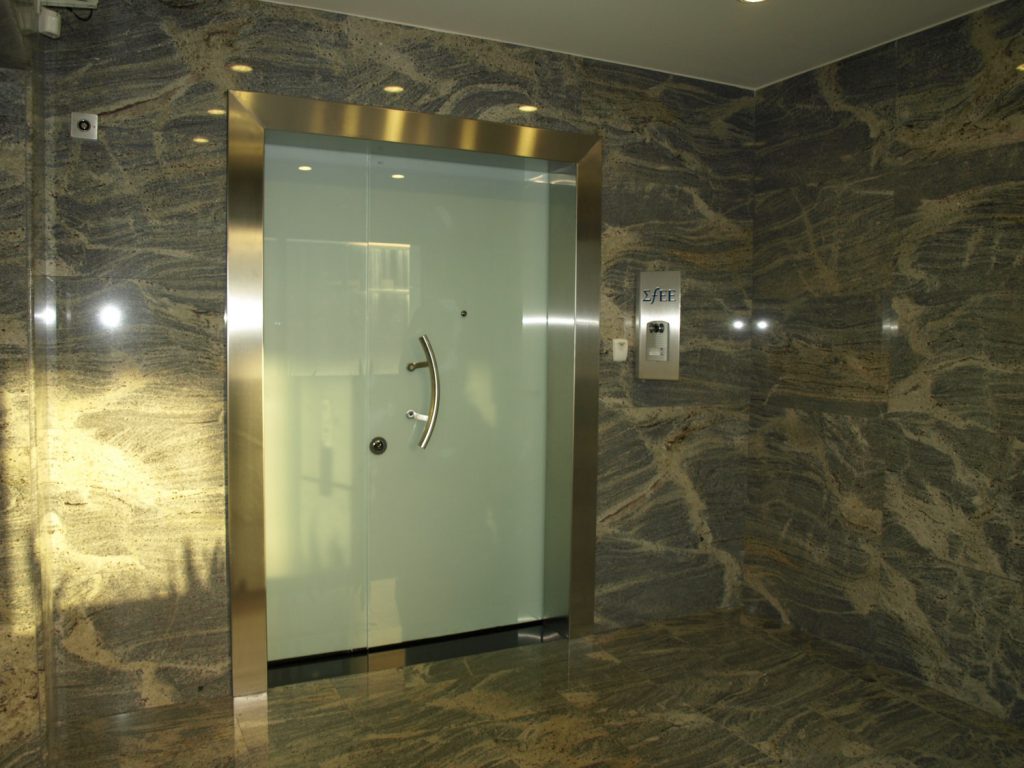 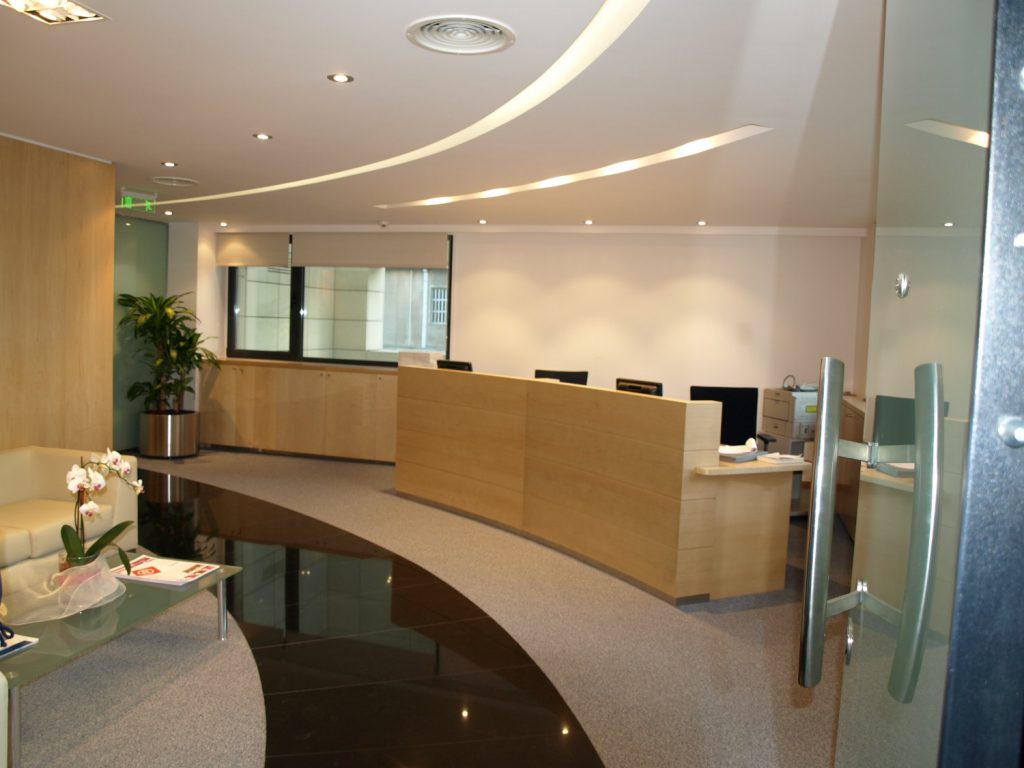 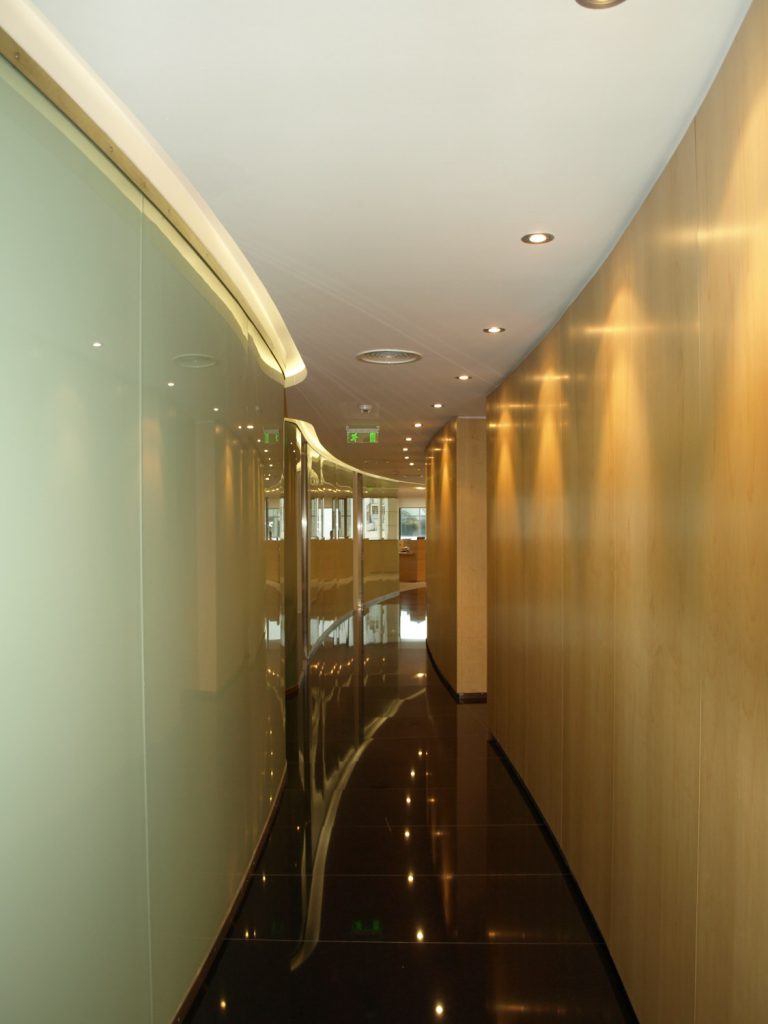 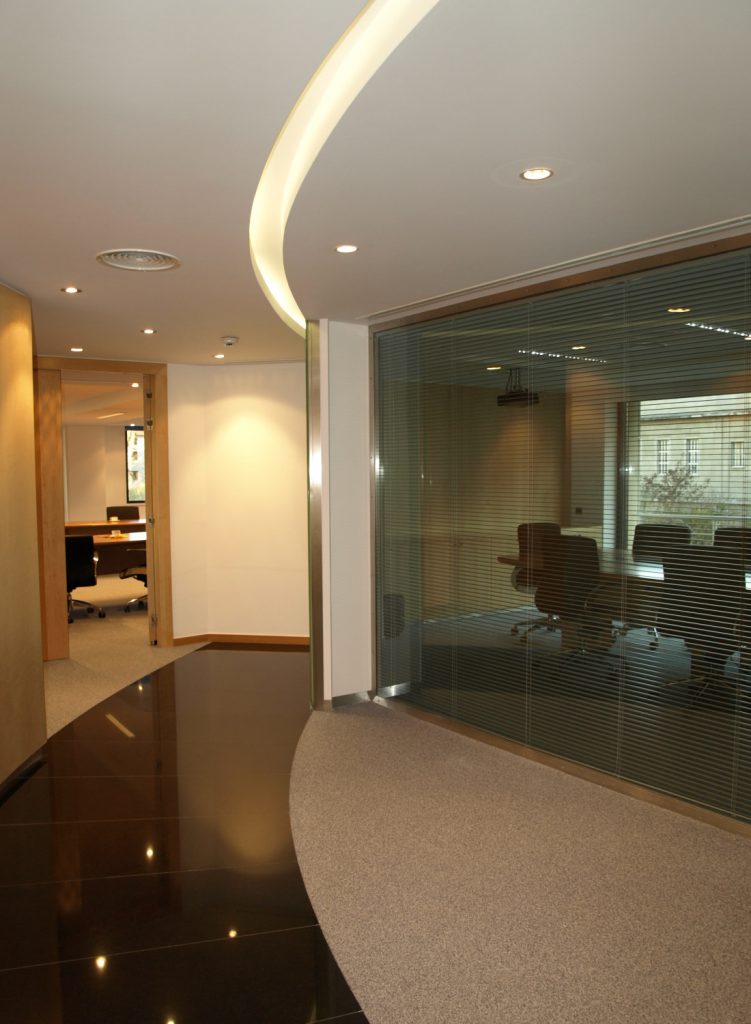 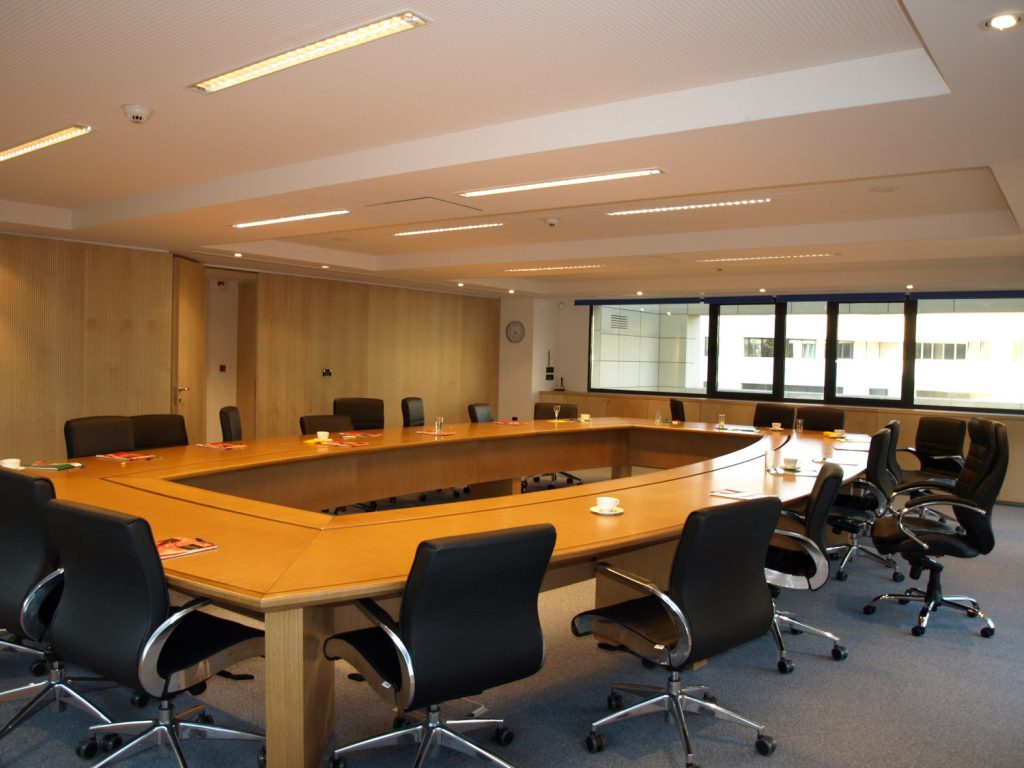 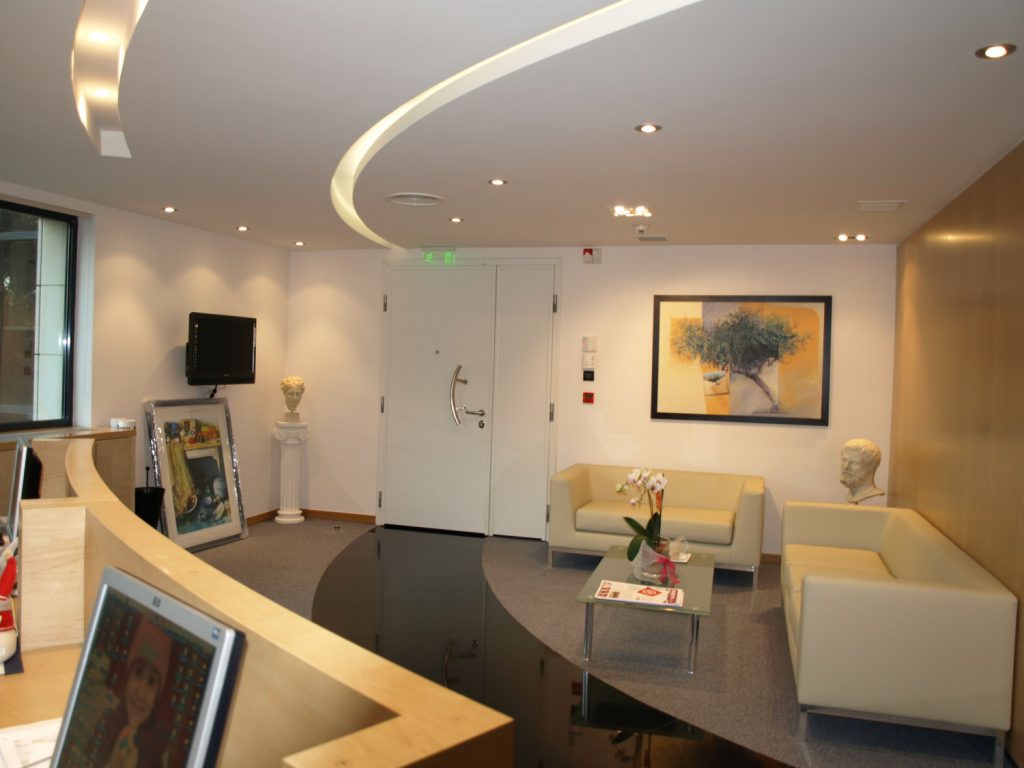