The revamping of DAN’s new headquarters had, as its starting point, the consolidation of all departments in one building as per the company’s new organisational and operational model. The new premises extend over three levels covering a total floor area of 1800sq.m.

The concept behind the design is modeled on the structure of a city. Each working group represents an urban block, while the meeting rooms take the place of public squares and parks.

The open plan layout, with limited use of closed offices mainly for meeting rooms, aims to maximise the use of natural light at the workstations. Glazed partitions have been used wherever feasible in order to allow natural light to penetrate deeper into the plan.

Grey, in different shades, is the prevailing colour used in the offices. It is combined with limited use of strong colour strokes identifying the company’s different brandnames. In the meeting rooms the idea of an urban garden has been introduced in the form of vertical green walls set within timber elements.

Special attention is given to acoustics through the use of sound-absorbing materials, either as direct cladding or as freestanding and suspended elements. All the above acoustic provisions contribute to and enhance the aesthetic concept of the offices.

The lighting of the offices has been designed in order to give users the flexibility to create their own environments. In each working group, the lighting fixtures combine direct and indirect lighting, both dimmable. In addition to user flexibility, the overall lighting system also contributes to energy saving. 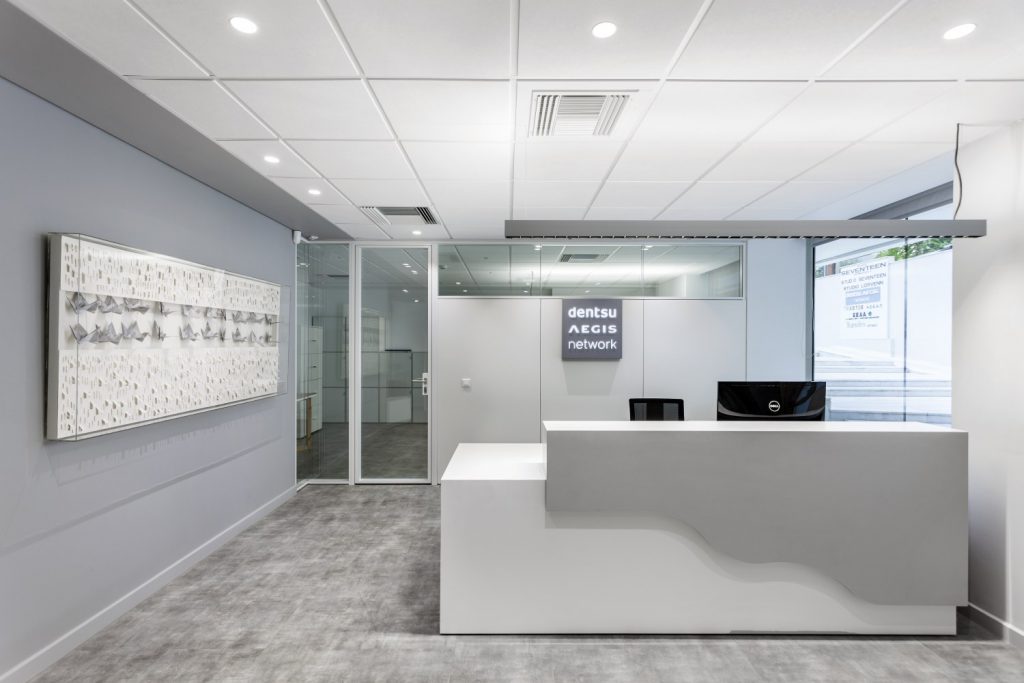 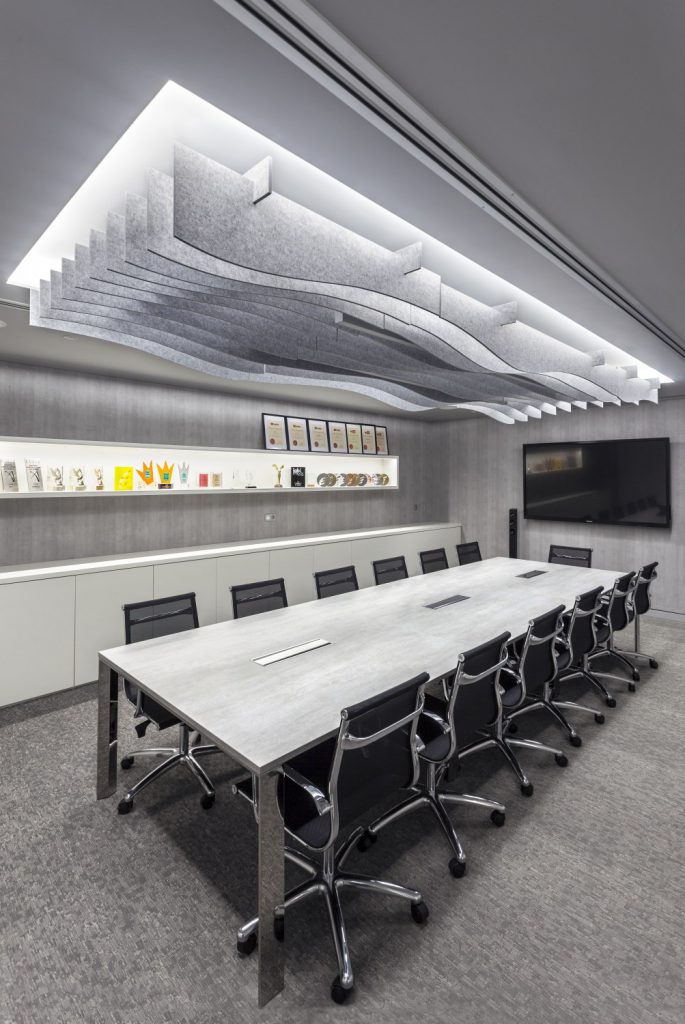 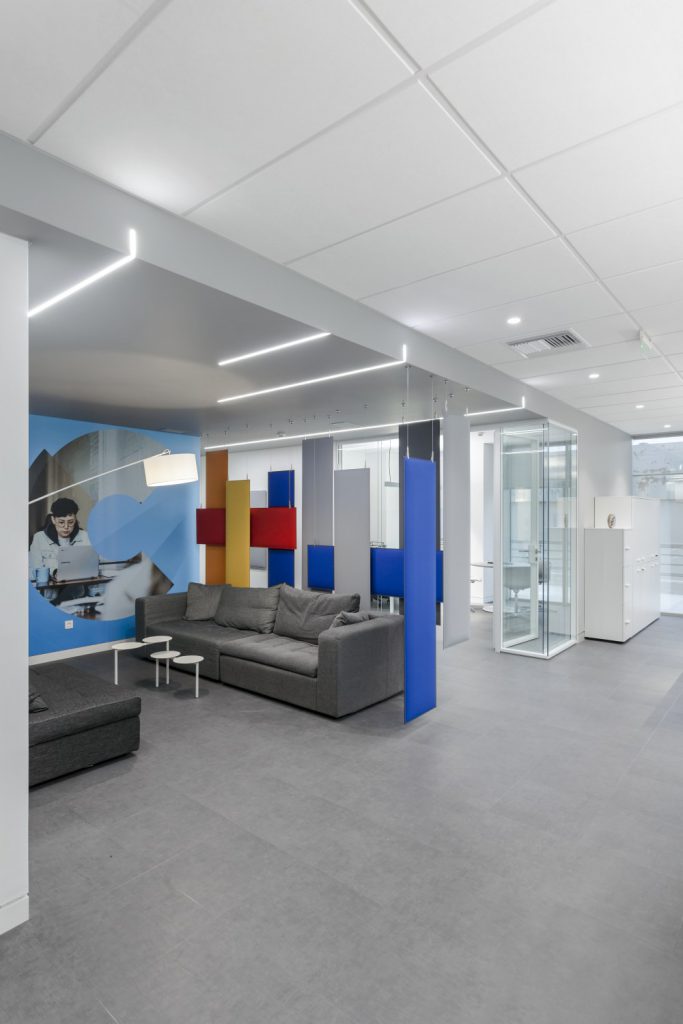 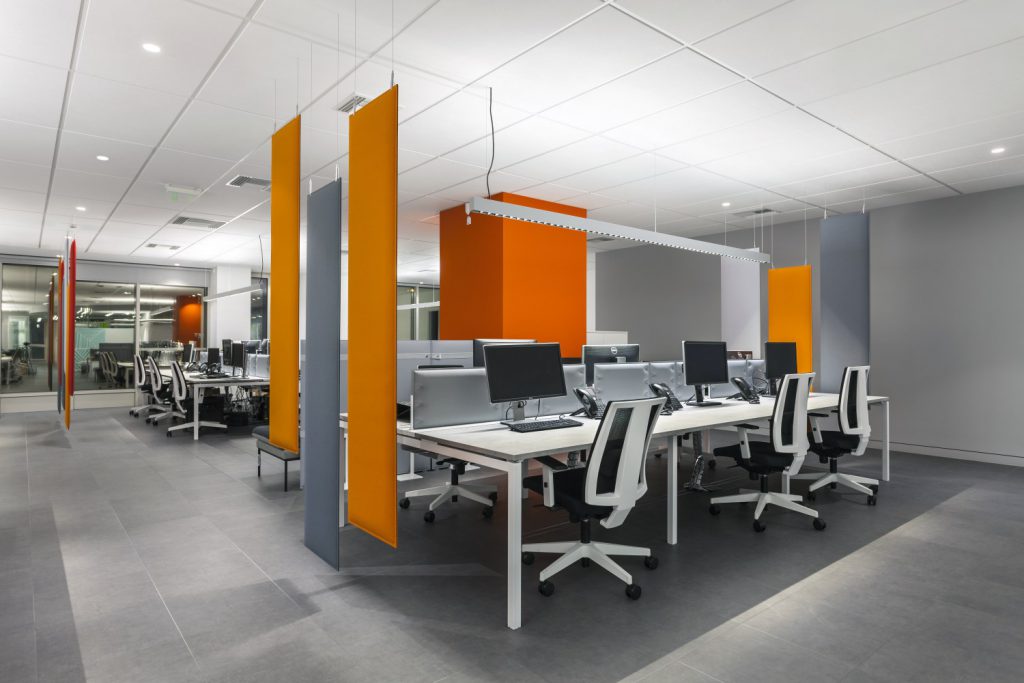 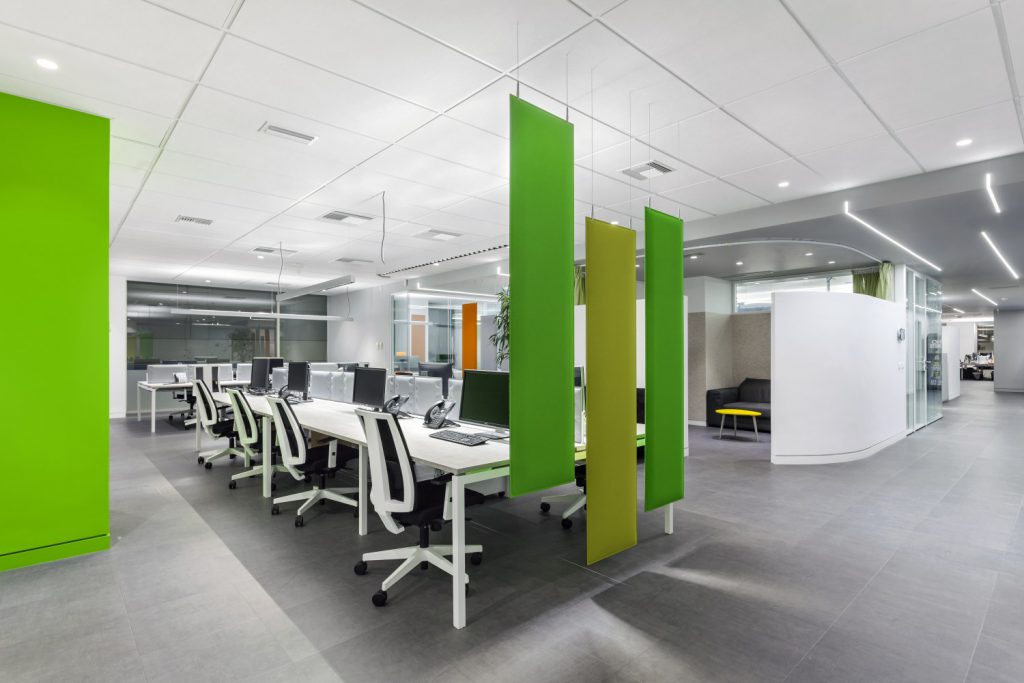 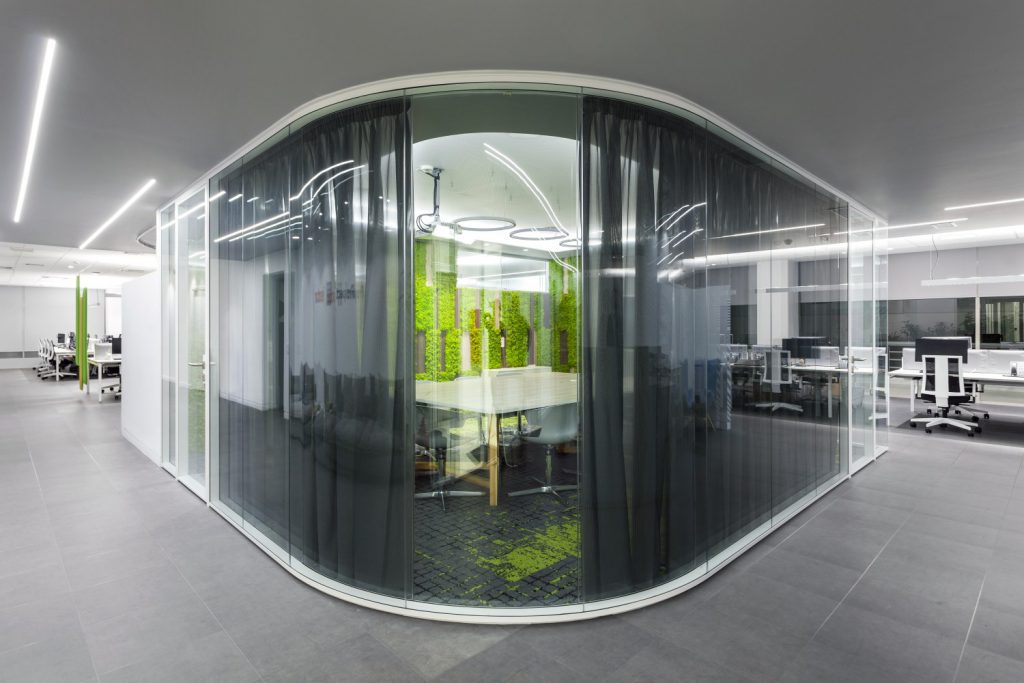 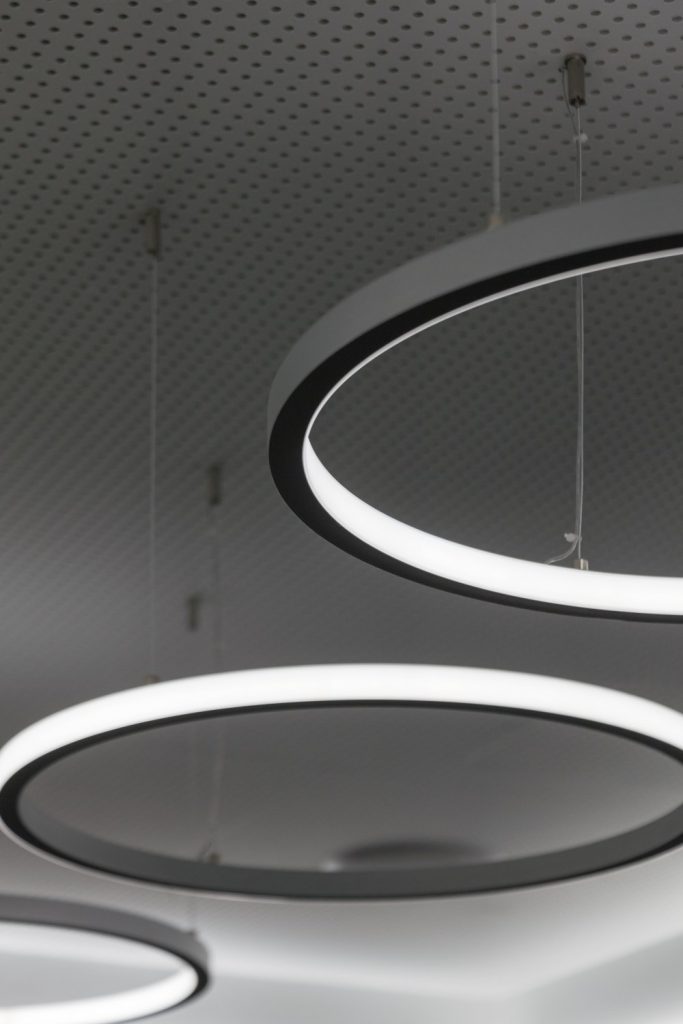 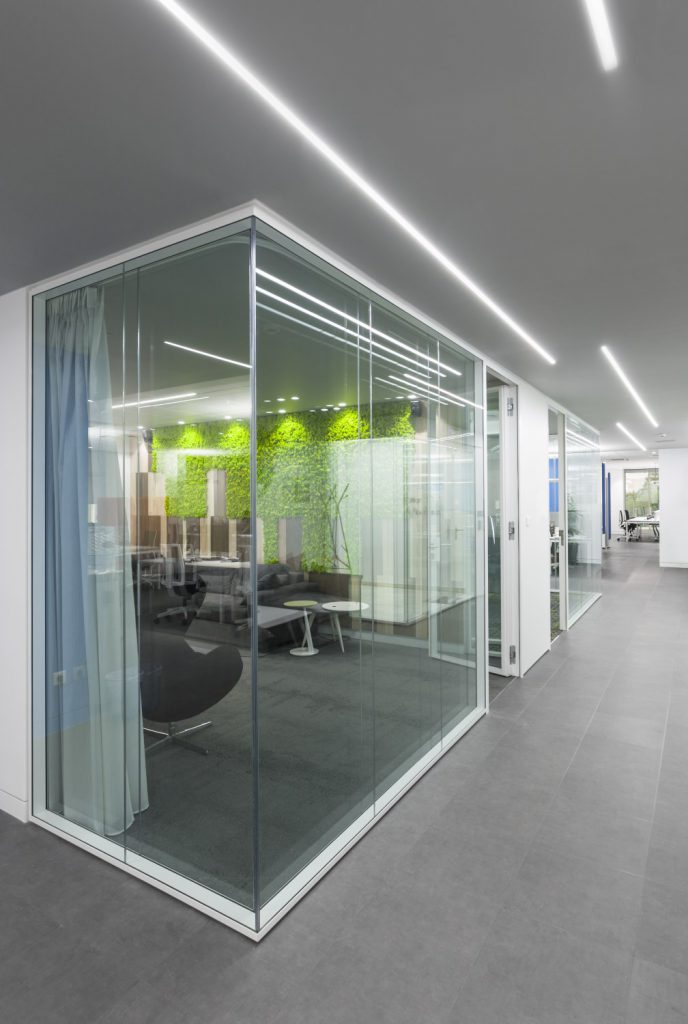