The Athens Concert Hall, one of Europe’s finest, has been designed as a complete performing arts centre, able to house concerts, opera, ballet and theatre. V.K. Sgoutas Design Group were one of the architectural firms which, together with Owners’ consultants and specialist designers, completed the design of the Athens Concert Hall. The specific fields of involvement of V.K. Sgoutas Design Group included the two main halls, their stages and backstage technical and administration facilities, as well as the organ.

The main hall has a capacity of 2000 seats, two-thirds of which are at the main level (stalls) while the others are spread over 15 upper level balconies extending in horse-shoe shape into the sides of the stage proper. A proscenium can be formed by retracting the balconies flanking the stage and raising the two proscenium towers embedded in the stage floor. The forestage is moveable and can be lowered to create an orchestra pit. Over 30 electrically controlled fly lines and over 6 lighting bridges support the multiple functions of the hall.

Of particular interest is the ceiling over the stage of the main hall which has been designed, for acoustic reasons, as an extension of the main hall ceiling but is also retractable in a way allowing use, during opera and theatre productions, of the extensive stage tower equipment. Four – two on each side – of the balconies on either side of the stage, are also retractable thus increasing the width of the stage floor.

A feature of the main hall are the curved elements covering almost the totality of its ceiling and wall surfaces. Each one of these elements is different in size and different in curvature. At the origin of this were acoustics but the aesthetic impact of these varying surfaces defines, in more ways than one, the final appearance of the hall. The organ, with its 76 registers and 6080 pipes, extends over the whole of the rear wall of the stage and dominates the hall during all performances except theatre and opera where stage sets would cover it.

All the Concert Hall facilities are fully accessible. In the main hall proper, a deliberate choice was made to allow wheelchair users to access not only the 29th (last) row of the stalls but also the 17th row, which is centrally located on the main transversal corridor. Sight lines was resolved by lowering the floor level of this corridor so that persons in wheelchairs would not obstruct the view of spectators behind them.

The second hall has a capacity of 500 seats. In addition to hosting chamber music and theatrical presentations, it also functions as a conference hall complete with a three-language infra-red simultaneous translation system. 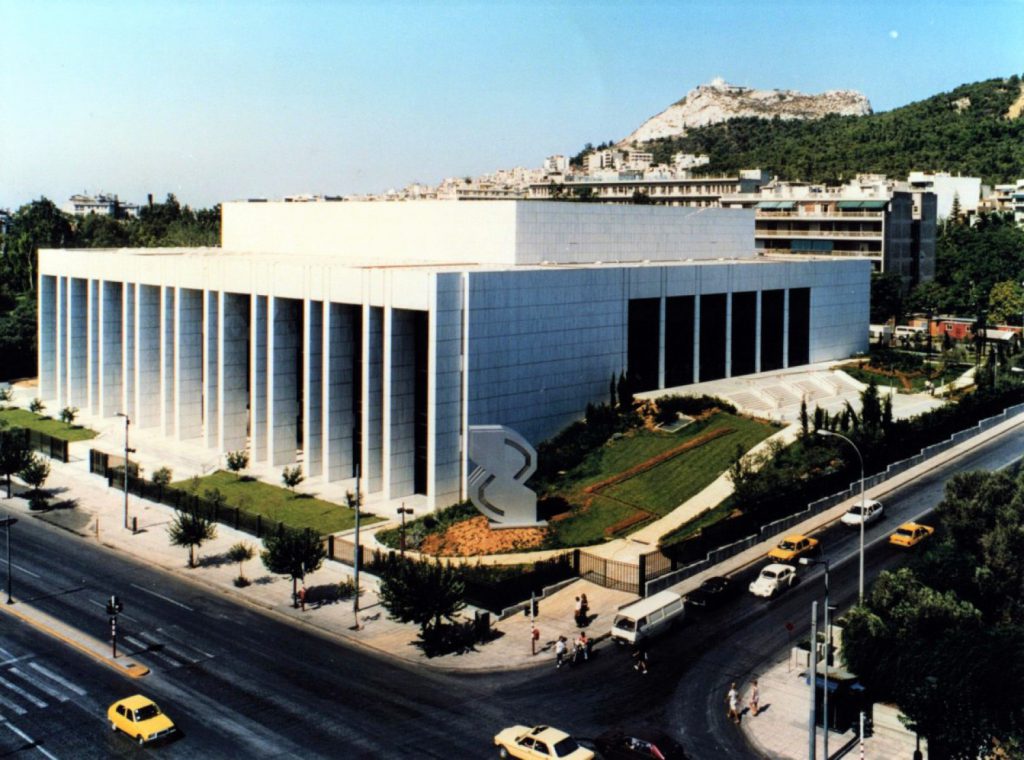 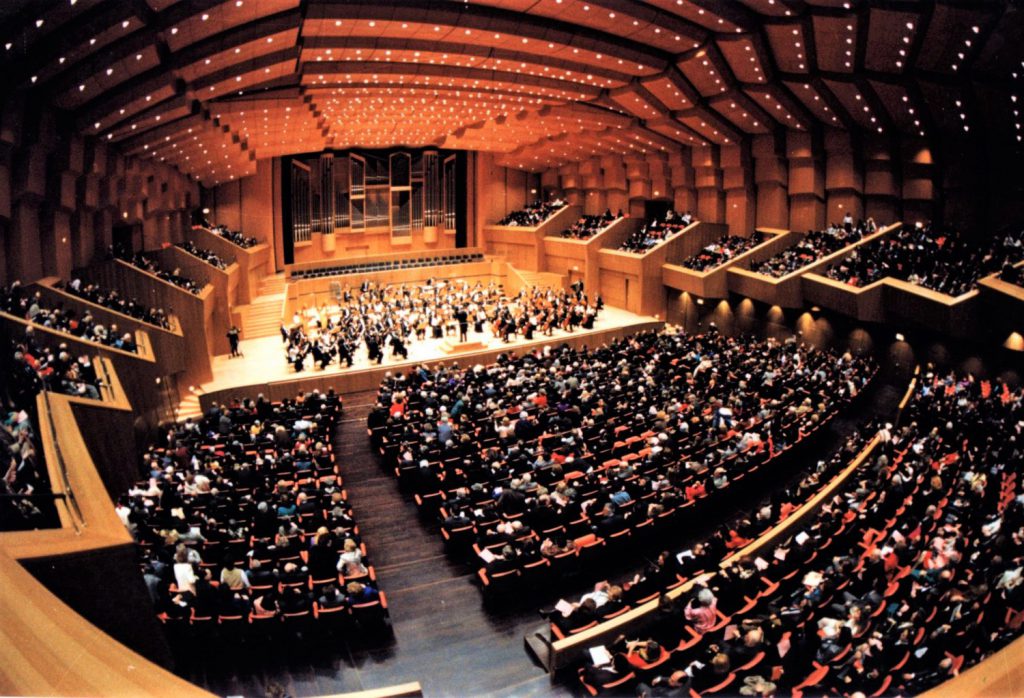 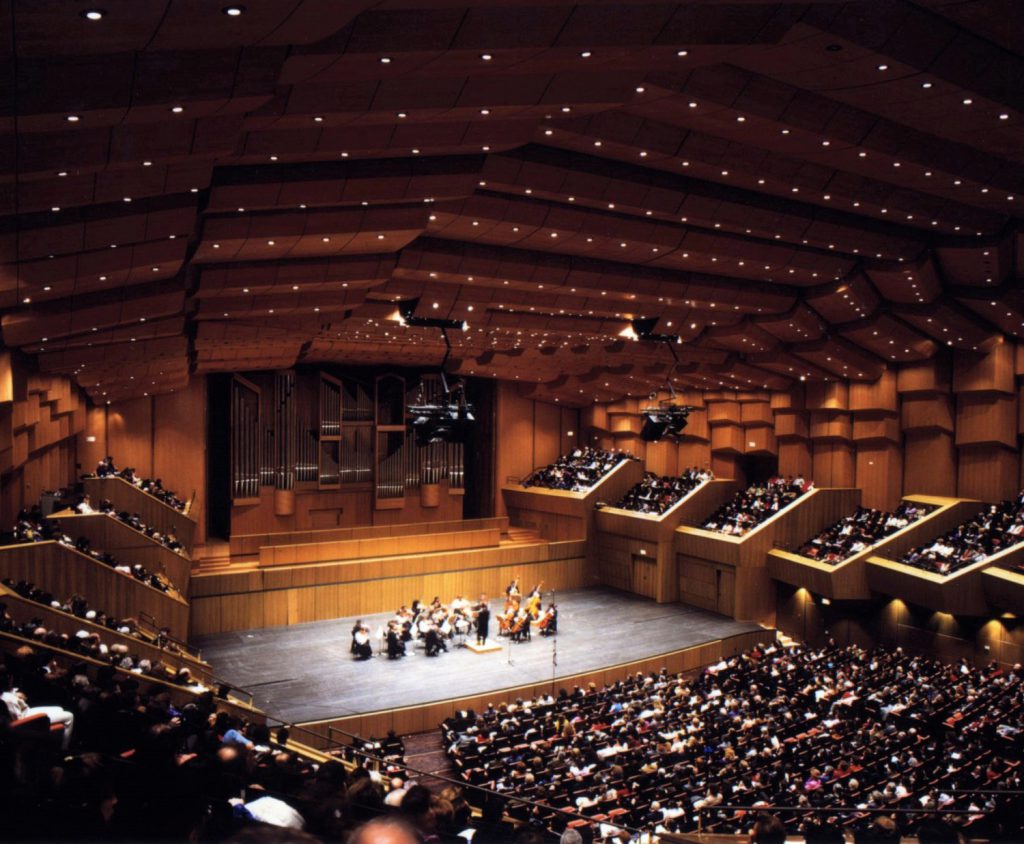 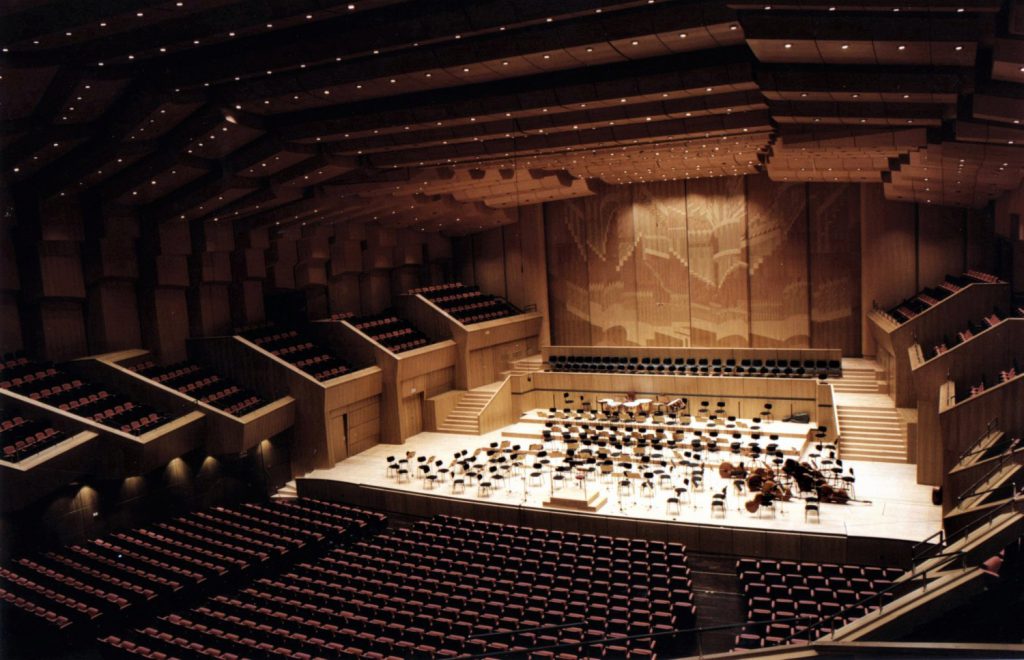 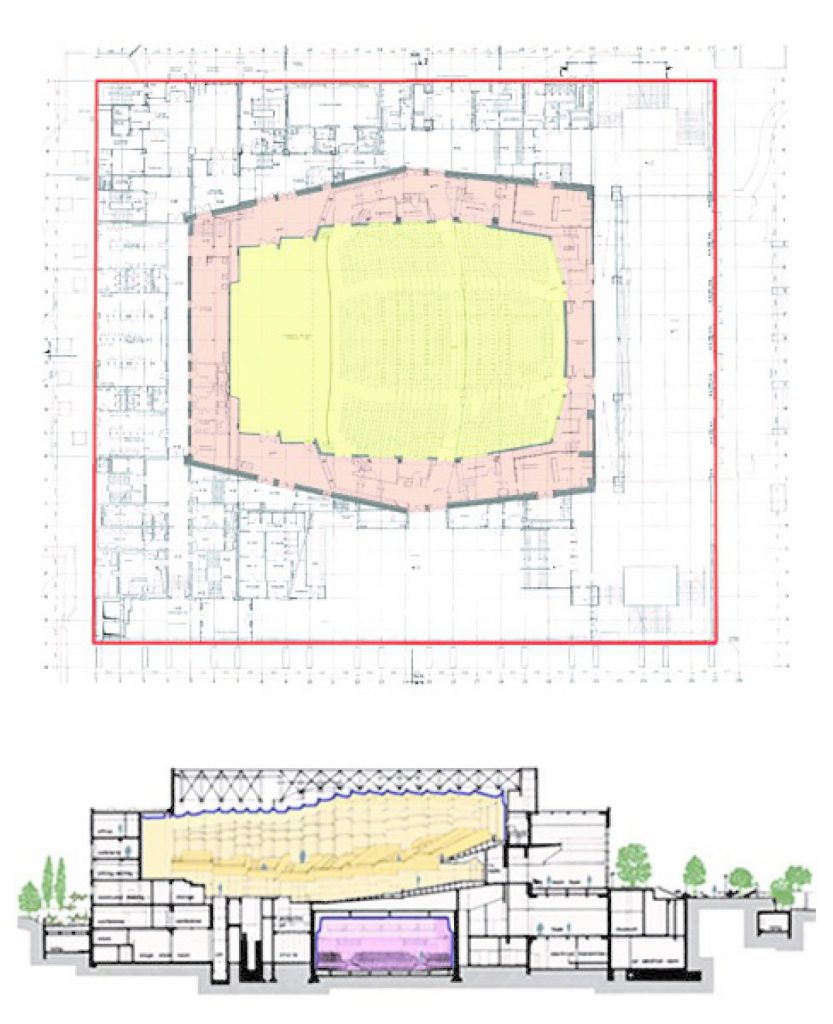 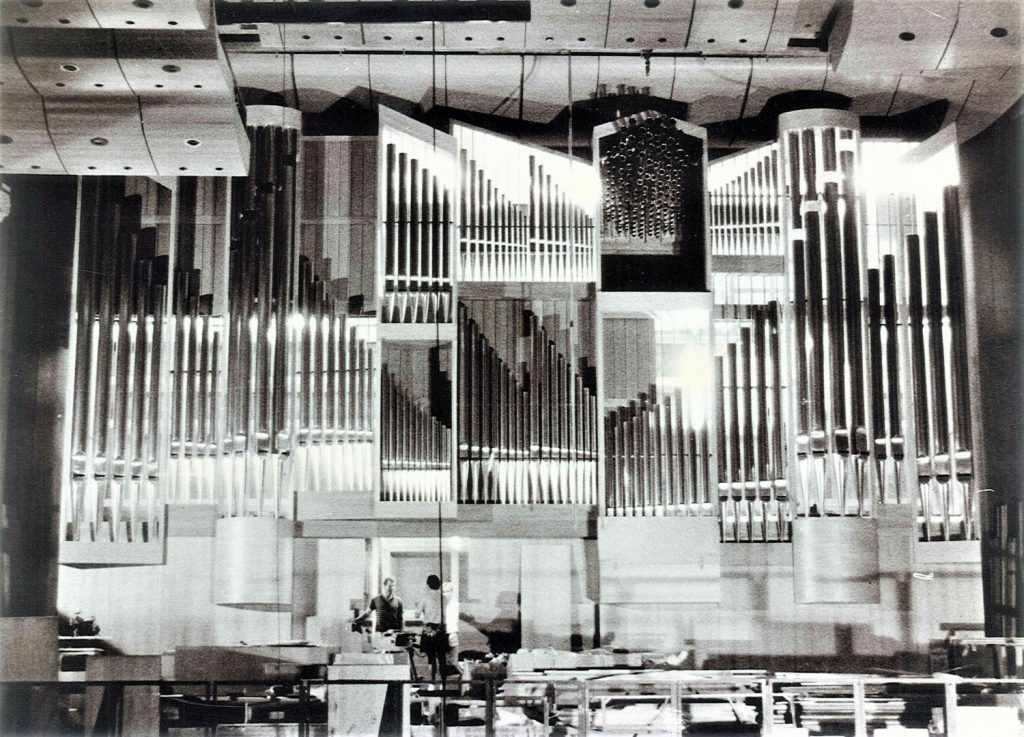 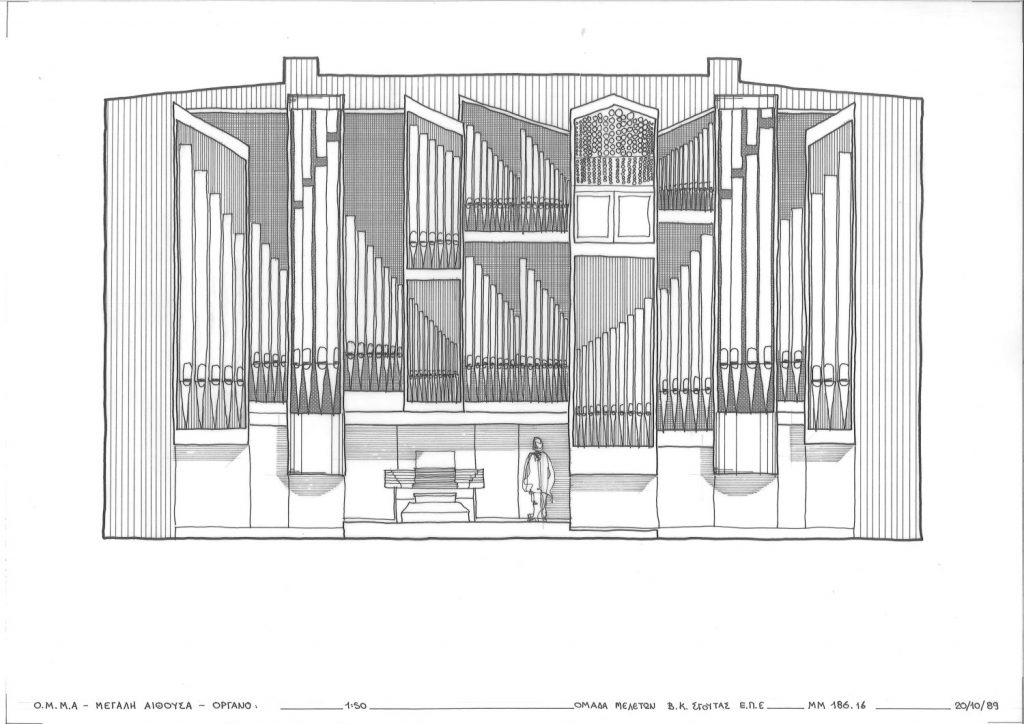 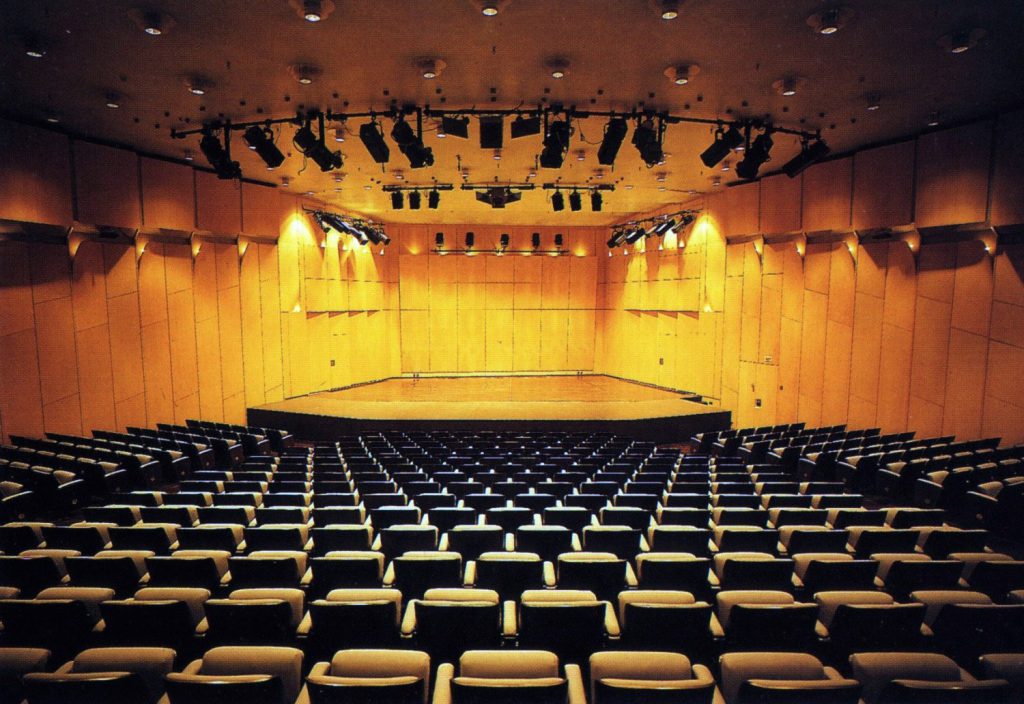 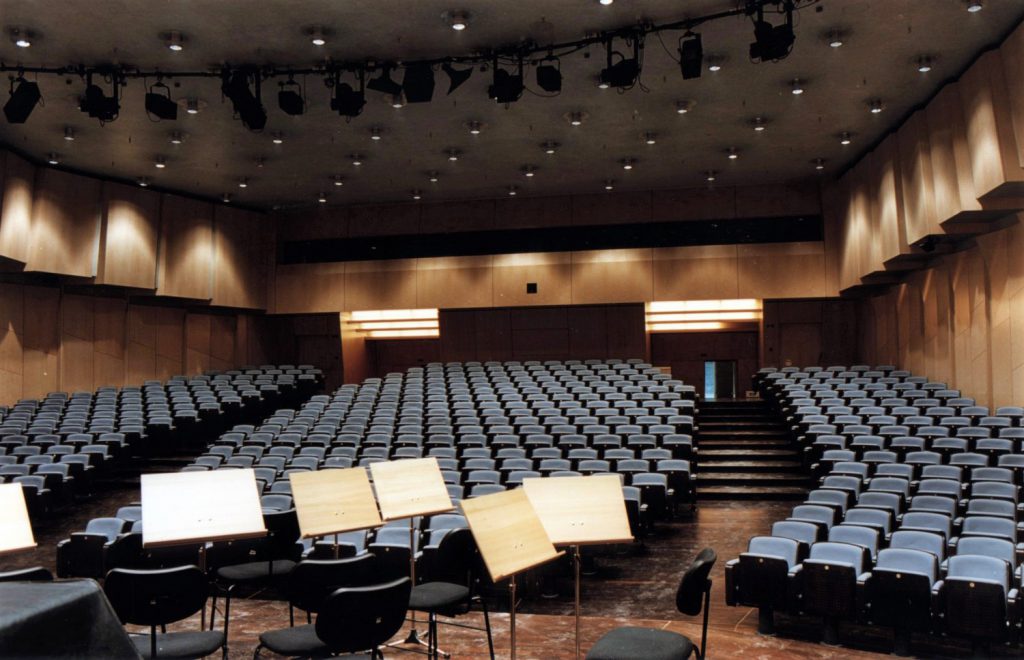 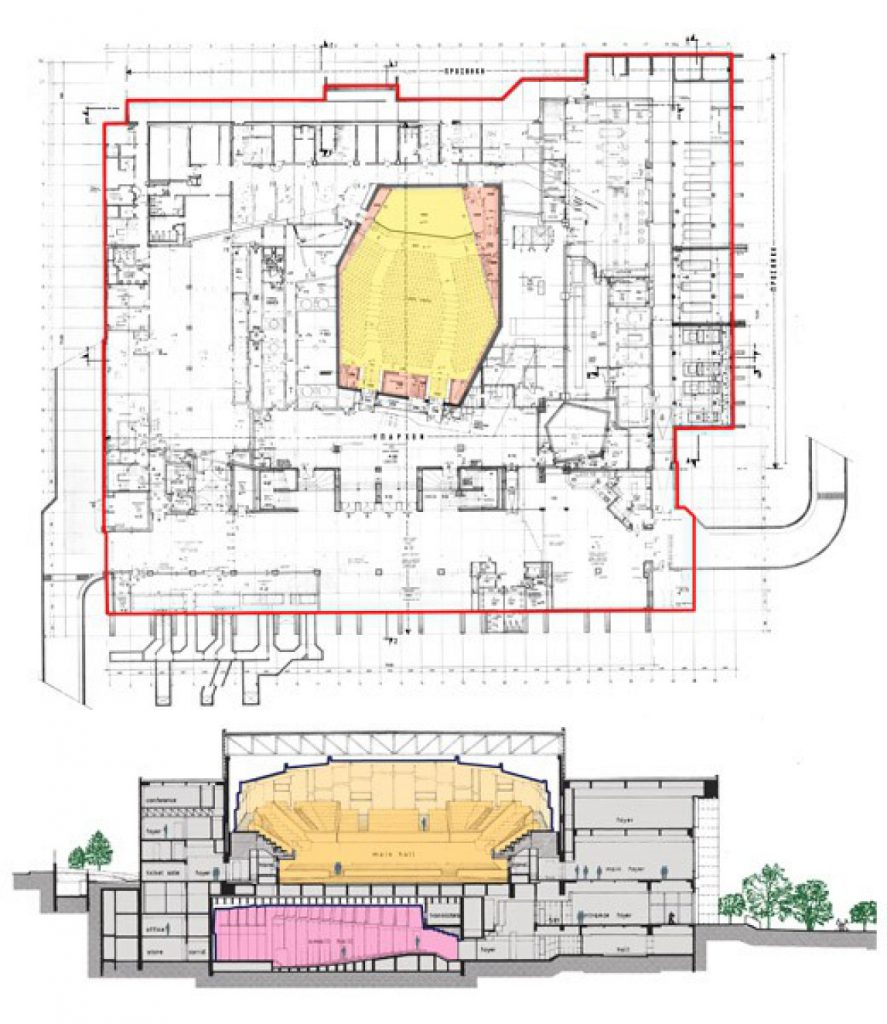 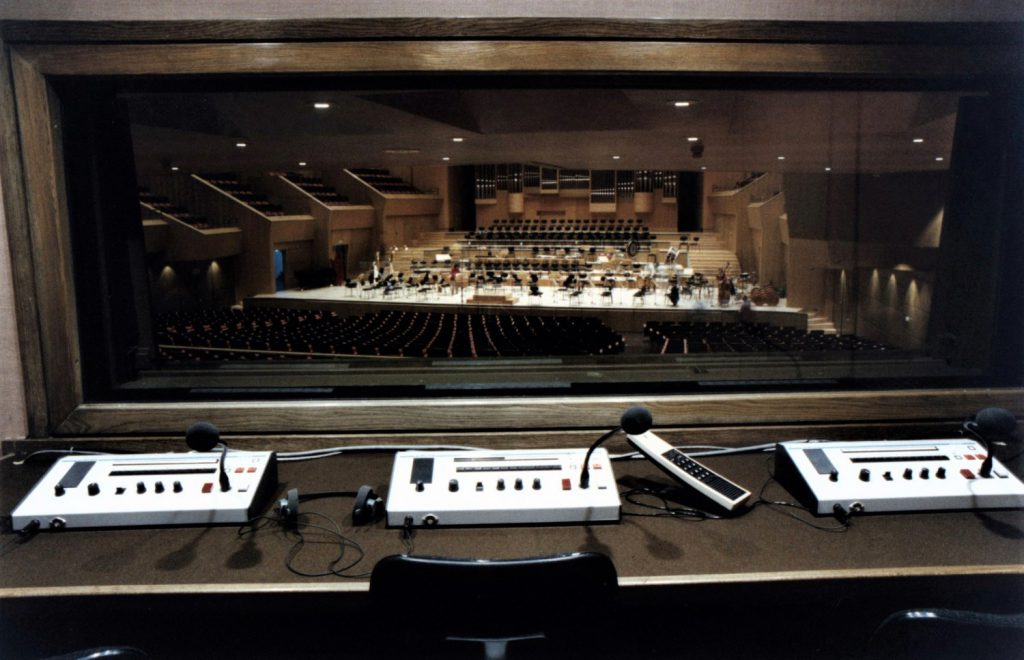 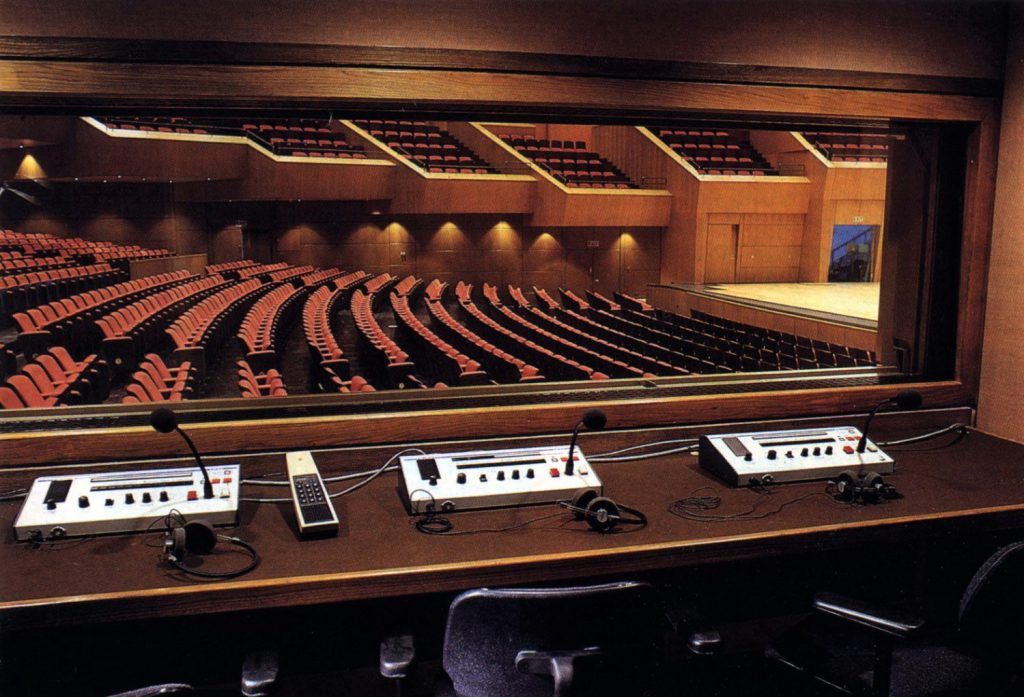 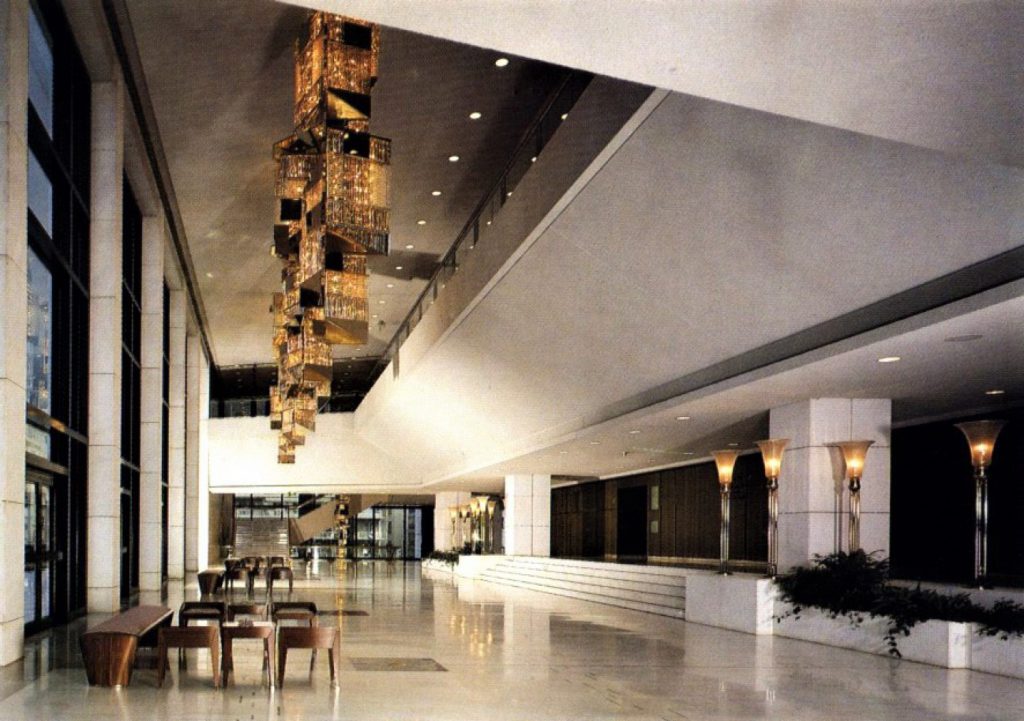 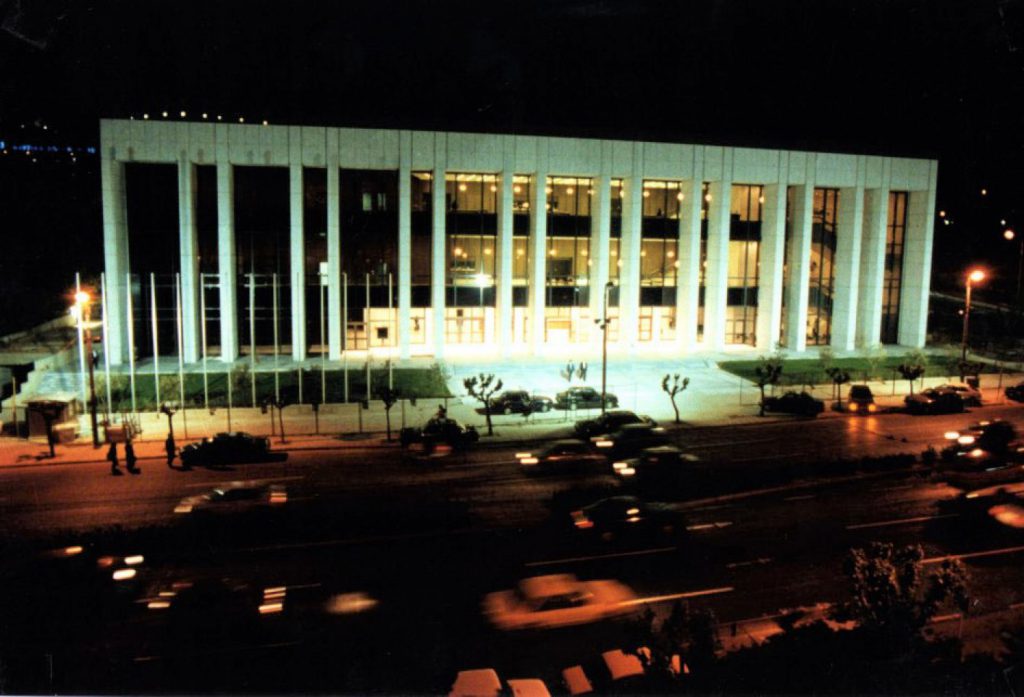